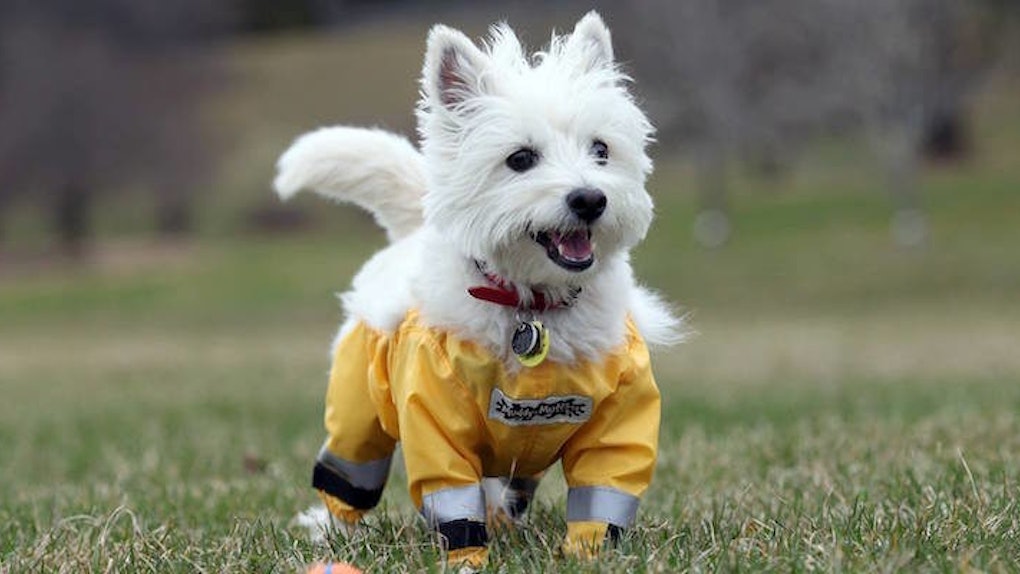 Last week, the Internet was confronted with an extremely pressing issue regarding dogs.

Dog pants, to be exact.

Yep, one philosophical Facebook user just wanted to know how the hell dogs would wear pants.

People basically lost their sh*t over the canine couture controversy. Sides were chosen, and a debate ensued almost on par with "the dress."

But thanks to one company, this doggy debate can finally be laid to rest.

According to Muddy Mutts, a Canadian company actually making pants for pups, the proper way for dogs to wear their trousers is on all four legs. Duh!

Take a look at the pictures below to see how dogs wear pants.

Last week, a Facebook user asked the world a simple question: How the f*ck would dogs wear pants?

After much debate, the world now has the answer to this puzzling pants question.

Apparently, pups are supposed to wear their pants on all four legs.

Yep, it turns out puppy pants aren't a new invention.

Love this photo of Winnie taken at the Muddy Mutts photo shoot the other week by Ottawa photographer @davechanman pic.twitter.com/u8Gu9nom0b — Louise B (@Weaserr) May 20, 2015

The Canadian company Muddy Mutts has actually been making dog pants for quite some time...

The dogs look pretty damn adorable in these things, too.

So, there you have it. Now, you can stop bickering with your loved ones over canine couture.