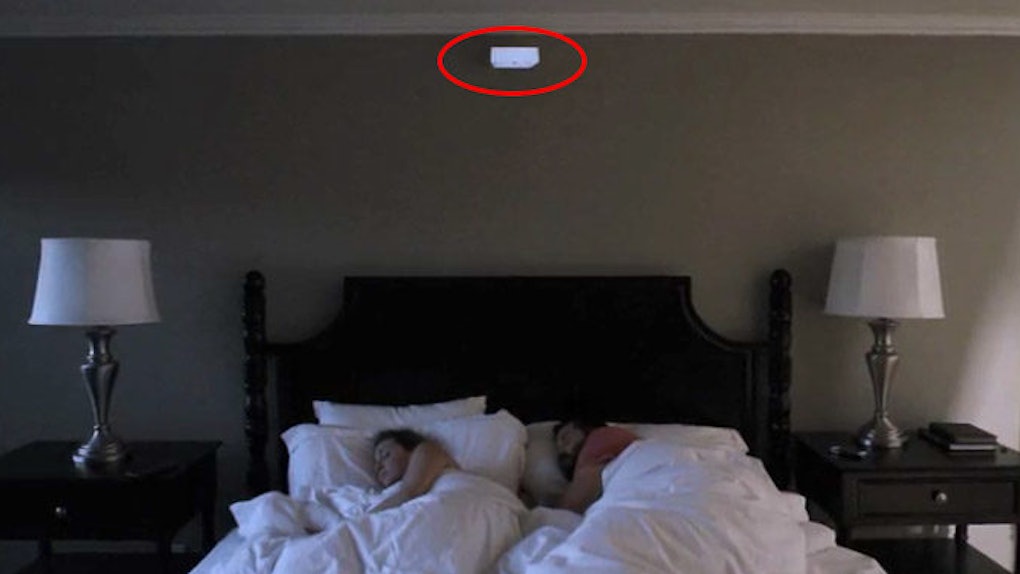 Sleeping next to someone every night isn't easy. It's hard work.

On Tuesday, we introduced you to the five worst sleeping positions you have to put up with if you share a bed. This time, we come bearing good news: There's an alarm clock that simply focuses on waking you up without disturbing anyone else in the room.

It's called the Wakē alarm clock, and it was developed by Lucera Labs.

Not too long ago, the project was introduced on Kickstarter with an intended fundraising goal of $100,000. It's safe to say people hate being disturbed by other people's alarm clocks because Lucera Labs managed to surpass its goal with 23 days left to go.

And the way it works is super simple. All you have to do is mount the Wakē device on the wall. The device will then locate the person it needs to wake up by using heat detection and infrared technology.

Once it locates you, it uses the sound from an advanced parametric speaker and a vibrant beam of LED light to wake you up. Oh, and don't even think about trying to reposition yourself for the Wakē device to not notice you.

Because, according to PSFK, it will follow you -- literally.

Most of Wakē's magic comes from its parametric speakers. It uses ultrasonic sound waves that can only be heard when the two waves meet in the same place. This means only the targeted sleeper will hear it.

Lastly, it's app-enabled, meaning it's both Android and iOS compatible. You can use your smartphone to change your wake up time and set up the parameters of the targeted sleeper.

Thinking of being a courtesy sleeper? You can preorder the Wakē for $249.

Wakē is "a better way to wake up." It's a device that targets one person in the room without disturbing the other.

Set the time on your smartphone...

...and Wakē will use light and sound to target only you!

Here's an example of how it works.

Citations: An Alarm Clock that Targets Just You and Lets Your Partner Sleep (PSFK)