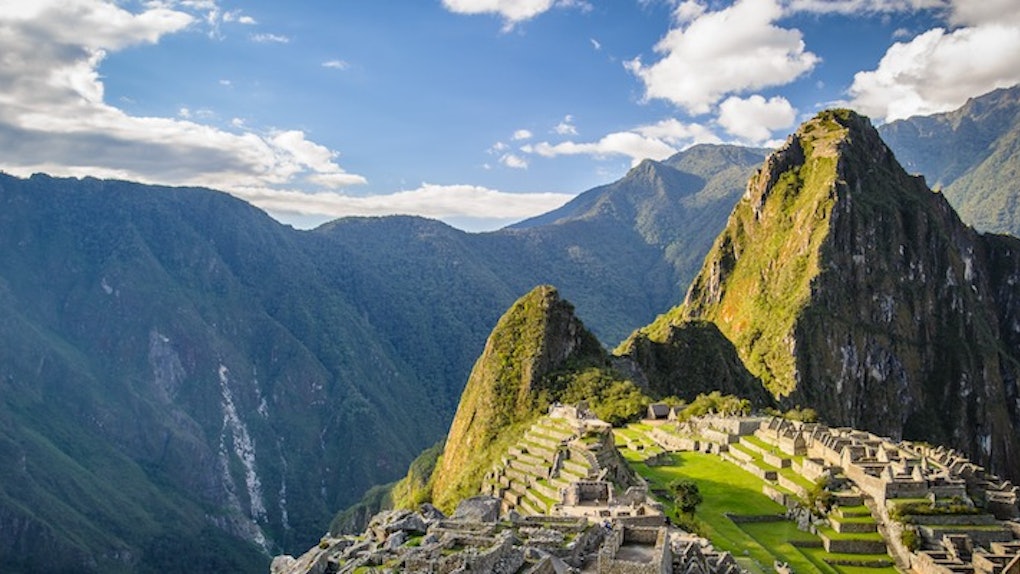 You probably already know that enhancing a once-in-a-lifetime vacation with weed makes it the most enjoyable experience ever.

Try, instead, to visit some of the most epic places on earth where you can legally partake in cannabis pleasure. If it means you need to save up your time and money to make the trip, start now.

These seven destinations are worth the journey.

Visit this 15th-century Inca site located almost 8,000 feet in the sky. It's one of the most iconic manmade wonders—and its construction is still a mystery to this day.

You can carry up to eight grams of cannabis in Peru, as long as you don't have any other drugs, and you aren't selling weed. It's also really easy, so the travelers say, to get weed in the big city of Lima.

Check out Lagos for dramatic sandstone cliffs and a charming historic sea town.

Also make sure to check out the region's local wines, made with strawberries, and visit beautiful beaches. Smoke whatever you want here; Portugal decriminalized all drugs in 2001. Party on.

Enjoy the great outdoors and suck in the fresh air alongside Brainard Lake's rocky shoreline.

Not too far from Boulder, this private (not owned by the government so they can't bust you) campground provides the ultimate in open-sky relaxation.

Since using cannabis is only legal in private consumption in Colorado, check out the state's many privately owned campgrounds for more cannabis-friendly nature retreats.

This seems like a no brainer, but did you know that while you can freely smoke and buy weed all over this city, there's still plenty to do to excite your senses?

And, hey, get your head out of the gutter—hit up the world's largest flower garden in Keukenhof.

Enjoy a colonial-style historically-celebrated town lined with sycamores and narrow cobbled streets. The town is also surrounded by enchanting water.

It's ridiculously beautiful, and only 50km from Buenos Aires. Feel free to smoke pot. It's been legal in Uruguay for a very long time.

The government hopes to take over the marijuana industry and boot out drug traffickers by selling cannabis for $1 per gram.

That might not be the world's cheapest weed, but it could still be the most attractive marijuana bargain.

Explore the breathtaking town hall building and wander around the Groot Begijnhof and admire the old-world charm and architecture.

You can carry up to five grams of pot as long as you are over 18. And, experts allege, it's pretty easy to procure cannabis in almost every major city in Belgium.

Recreational weed is now legal in Oregon, and the state happens to be home to many of the most fun recreational hot spots on the West Coast.

Hit up Portland for good food, amazing craft breweries, and a world-famous indie bookstore, Powell's. There are also many dispensaries in Portland. Do your research before you go.

Know beforehand that you still can't smoke weed openly in public. Good thing Portland has private pockets of nature spread throughout the city.