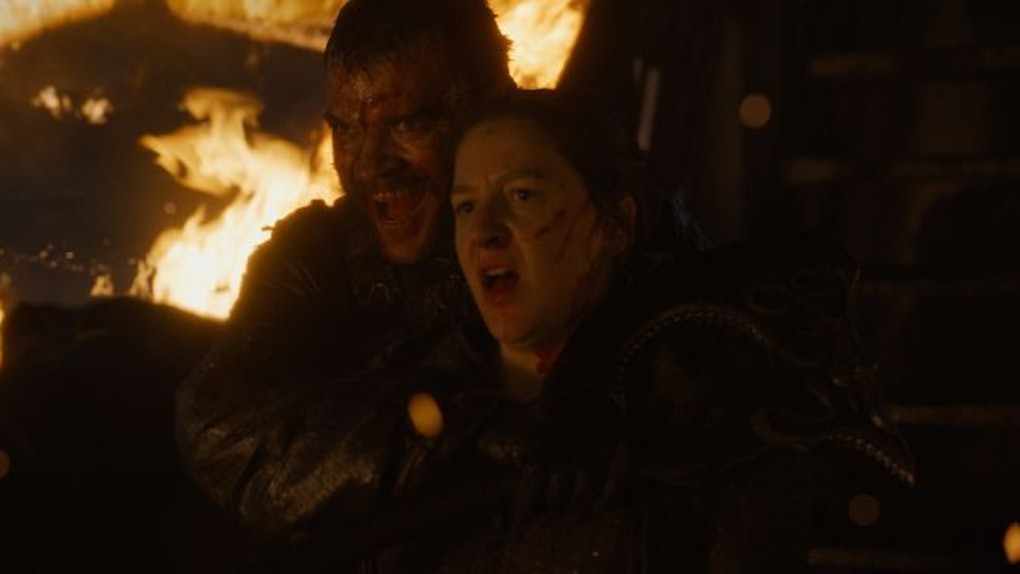 What's Happening To Yara On 'Game Of Thrones'? Her Fate Could Be Sealed

This past week on Game of Thrones, Euron arrived in King's Landing with an entire sable of high-profile prisoners who he dragged in chains through the streets of the city to the Red Keep. But while Ellaria and Tyene were handed off to Cersei, Yara he apparently kept for himself. Fans are worried. What will this mean for Yara on Game of Thrones?

To be honest, we don't know. Like the remaining Sand Snakes, Yara is now a prisoner, who will disappear off our screens for several episodes, with us wondering if she will ever return. If she does, one gets the idea it would be as a prisoner in the bowels of Euron's ships, chained up deep in the hold, forced to listen as he goes out and defeats the rest of Dany's fleet in ambushes like at Casterly Rock at the end of last week.

This in itself is a form of torture, especially as we know that Yara cared for Dany, and well as being someone who would want to fight. Having to be stuck helpless, unable to save the Dothraki, the Unsullied, and the others who man Dany's boats would be a particularly effective emasculation of Yara, who prided herself on leading that fleet.

Then there are the other types of torture she might be enduring. With Joffrey-replacement Ramsay now dead, there's no one who can fill the "crazy sadistic" slot on the show all that well, except Euron. Not that we would think Euron to be quite the level of forcing Yara to take on a completely new name and personality and forcing her to submit to tortures that are really unspeakable in the way Theon had to.

But it's interesting that after Yara spent all that time trying to bring Theon back to himself that if she survives this time with her crazy Uncle, the tables might be turned. By season's end, Theon might be the one to bring Yara back to herself.

Will we see that happen this season? First, Theon needs to pull himself back together and stop acting a little like he's retreating into Reek like he did went he was rescued. Then, he needs to lead the Ironborn to rescue her. But, let's not get ahead of ourselves. Let's first have Theon learn she's alive and where she's being held.