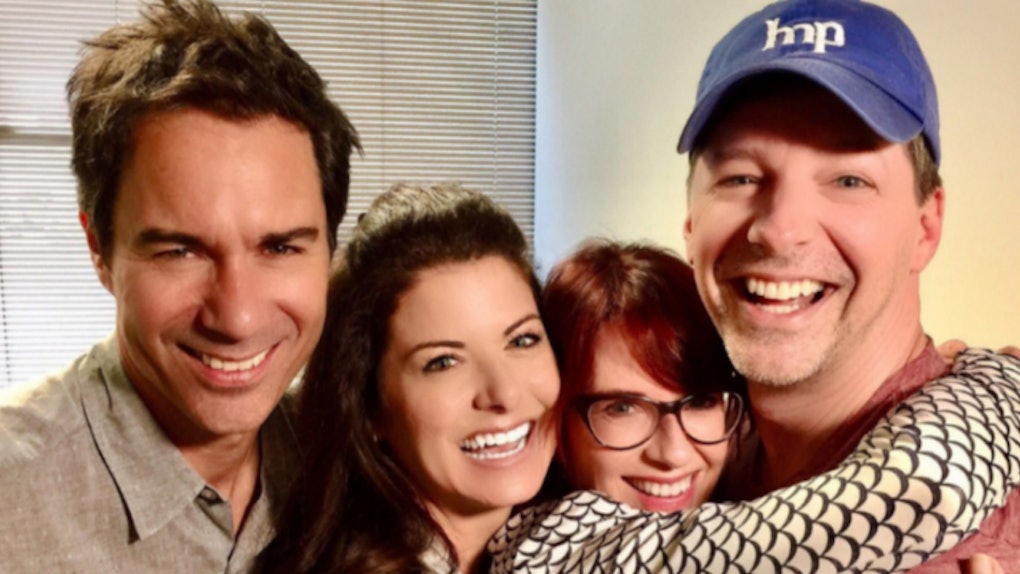 Do you believe in life after "Will & Grace?" I certainly didn't, but now I have hope once more.

The cast, which includes Debra Messing, Eric McCormack, Sean Hays and Megan Mullally, made social media explode this weekend when they all posted a number of pictures of them reuniting.

And now, according to People and Entertainment Weekly... it has been confirmed. "Will & Grace" is coming back!

A band of heroes Will assemble to protect the world from aliens & destruction. Only an act of Grace can save them in their battle for what Is right. Only they can bring America Back from the brink.

If you failed to notice, the only words that were highlighted in red were "Will & Grace is back."

About two hours after the video was posted, Hayes took to Twitter.

If you're not hyperventilating right now, I don't know what's wrong with you.

Yesterday, Debra Messing couldn't help but tease fans with the following screenshot from the iconic sitcom.

She also showed us some of the cast-loving that took place.

We're sure we will hear even more announcements about the upcoming reunion in the following days. Until then we can only speculate.

Like, how is this fair? How dare they tease my poor old heart...

Seriously, Jack and Karen back together is giving me some major feels.

Where have you been, my shrill-toned, boozehound love of my life?

Can you believe it's already been 10 years since the sitcom aired its final episode?

It's so nice to see the four Emmy-winning stars back together again! We're impressed that everyone involved managed to keep this project so hush-hush.

We're wondering if this may have a political air to it, given the final voice clip on the teaser video and the upcoming election. Messing is also well known for campaigning for Hillary Clinton.

Regardless, we're just pumped this is all happening.