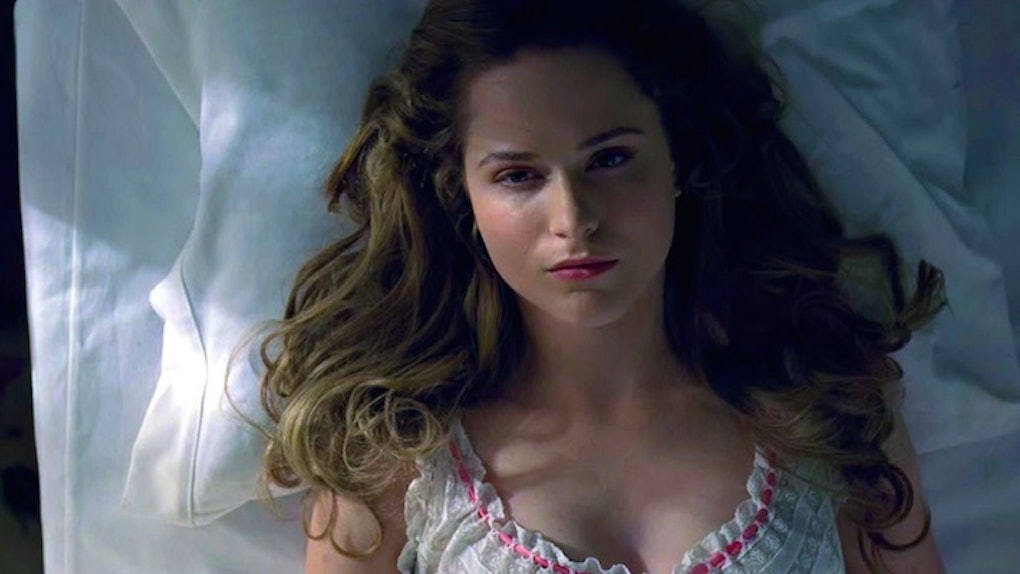 The Women Of 'Westworld' Deserve To Get More D

Let the women of “Westworld” get dat D.

“Westworld” is good. It's really good. I'm not even talking about how it's good compared to everything currently on TV.

We're five episodes into this HBO-sponsored, sci-fi mindfuck, and I am already convinced it's one of the most fascinating shows to air in TV history.

As long as the creators don't mess with it in any crazy way -- *cough* like you did with “Lost,” JJ *cough* -- and maintain its flawlessly beautiful execution, we will be looking back at this work of art as one of the all-time greats.

For those unfamiliar, the plot of the show is pretty simple.

In the future, you can opt to vacation (if you're rich enough) at “Westworld,” a simulated playground set in the Wild West that's filled with cowboy-cyborgs whose sole purpose is to make your stay as rootin'-tootin' as possible.

All these robots are literally just there to guide you through journeys and die whenever it's convenient for the park's story writers.

Think of it as the world's largest dinner theater, but instead of lukewarm steak cuts, potato wedges and watching your cousin pretend to be Sweeney Todd, you get to do things like scalp criminals for cash rewards at the local sheriff's department.

You also get to boink old-timey prostitutes.

Yep, as much as there is a PG element to “Westworld,” there also appears to be a bunch of dudes who make their way into the simulation just to get their peen as wet as humanly possible.

I mean, you literally are given the option to get your peen kind of wet in the dressing room with a hot robot lady before you enter the “game” itself.

This is how much you're expected to dog it as often as possible in “Westworld:”

The audience is supposed to mutter to themselves, “This man doesn't wanna fook a bunch of flesh-robots? INTRIGUING!”

You come to “Westworld” to fuck, kill stuff, occasionally spend some time with your family and chew bubble gum.

Here's the thing: “Westworld” is all out of bubble gum. *Puts out cigar on forearm old-timey cowboy-style.*

This all brings me to my main issue with the show.

Why aren't women getting that sweet, sweet D in “Westworld?”

It's a killing and humping amusement park with zero consequences! Everyone should be there getting their fill regardless of whether their genitals are innies, or outies!

Full disclosure: I am a straight male. I get how this may seem kind of creepy coming from me, but once you get past the fact this article is literally some random dude going, “I WANNA SEE MORE LADY FERKIN,” I am confident you'll begin to agree with me.

HBO, you have an opportunity to explore female sexual empowerment without Lena Dunham's annoying voice.

We already kind of know that the ladies who visit “Westworld” take part in the killing section of the amusement park so just have them cross this invisible gender barrier that is still somehow around.

As slanted as sexual empowerment is in regular media, it's magnified tenfold in sci-fi.

They're usually just nerdy lab assistants who don't know they're pretty, or asexual bad ass military women that the writers use to subconsciously yell at us, "See! She can hang with the big boys!"

This place should be riddled with bachelorette parties looking for a few top notch zero-strings “jam seshes” and recently divorced women looking to dip there toes back into the dating pool.

You could literally just plop the entire "Eat Pray Love." movie into that simulation and it would work.

I'd watch the hell out of Julia Roberts eating as much lasagna as possible while getting her jollies off at the hands of Buffalo Bill.

Here is a list of cooooool sci-fi plots where you can feature lady boning that I thought of (free of charge, BTW):

There's room here to grow, and it'd be irresponsible not to take up the opportunity.

The alternative (AKA what it is now) is having another show that is full of women who are JUST sex pawns.

In this case, literally as half of the female cast members are just western prostitutes.

The show has already been criticized for it's violent, sexual tones. You guys could use an equalizing win.

Plus, this works out great for you because it will lead to more boobs and stuff on camera. You guys love that stuff!

I've seen everything else you've made from "The Sopranos" to "How To Make It In America" (yeah, I watched that) and there are literally three things you guys can't get enough of: ensemble dramas, opening credits featuring quick shots of cities and exposed boobs.

Do the right thing.