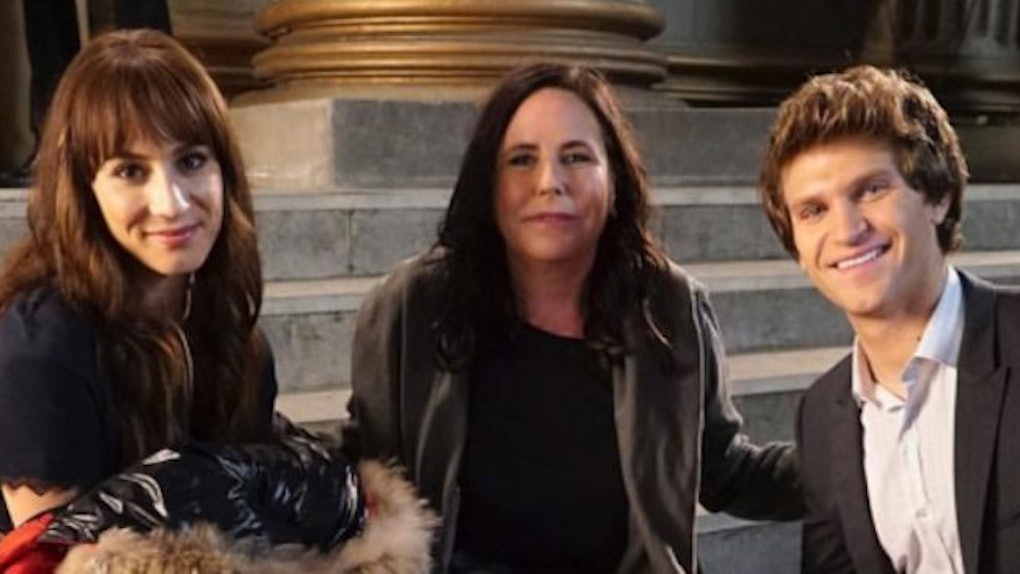 'Pretty Little Liars' Spencer & Toby End Up Together, According To I. Marlene King

If you were ever a fan of Pretty Little Liars, then one thing about the series finale probably still haunts you: Spencer and Toby's ending. I mean, three major couples got married in the last episode, so, at the very least, it's frustrating because, unlike those other couples on the show, it was never explicitly stated in the finale that Spoby ends up together; instead it was just assumed. Well, according to a recent Instagram post by I. Marlene King (the PLL showrunner), it seems like Spencer and Toby end up together after all.

In an interview with Entertainment Weekly earlier this year, King flat out said Spencer and Toby end up together after the finale, which should have answered all our questions... but it didn't. When asked whether or not Spoby would be together forever, the show's creator said,

Yes. I hope fans got that. We literally did say, could we have a double wedding? Or should we have a triple wedding? That felt like it was a little too much. But I think they got their happy ending.

Clearly, King thought Spencer and Toby's story was enough on its own to assure fans that the couple ends up together, but apparently it wasn't since plenty of people took to social media to express their confusion and dissatisfaction with the way we left Spencer and Toby.

So, to clear things up once and for all, the Pretty Little Liars showrunner uploaded a pic of herself, Troian Bellisario, and Keegan Allen on the set of the show to tell fans that Spencer and Toby definitely got their happy ending.

King wrote in the caption,

As the person who created Spoby, it never occurred to me that Spoby fans would not be happy with the finale. That moment when Toby knew in his heart who the real Spencer was... for me it was a huge romantic moment. Worthy of an epic love story. For me it was understood.... Spoby was and is end game.

I guess it just goes to show ya: You can take Pretty Little Liars off the air, but you can never kill our devotion to the show or to Spoby. I can rest easy now knowing all of my faves ended up together.