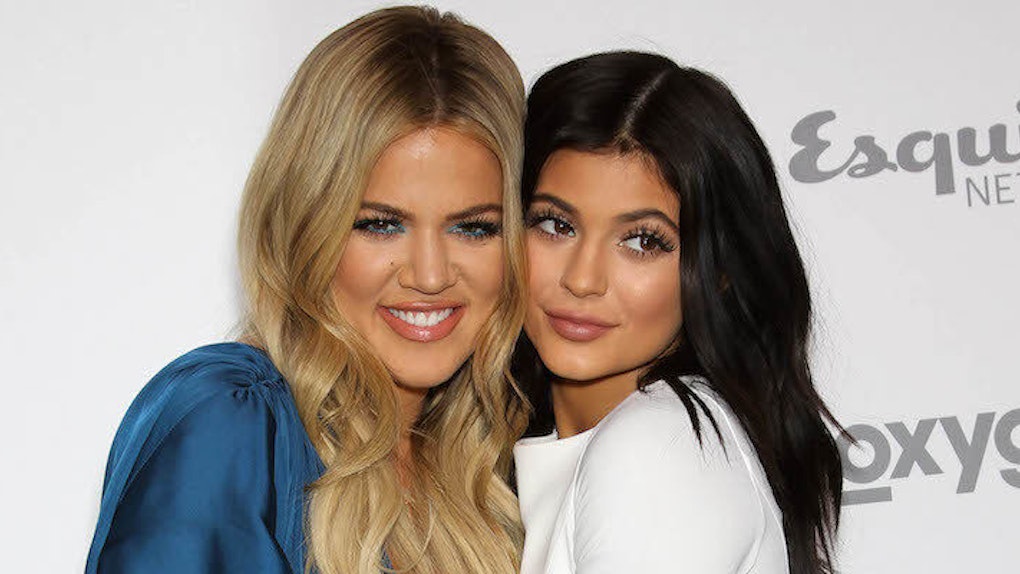 May we all live as authentically as Stephanie.

Your girl Steph was the first contestant on the premiere episode of “Revenge Body with Khloé Kardashian,” and she freaked over everyday Kardashian perks that, to plebs like us, are as thrilling as stumbling upon an active volcano rocketing gold-flake ash into the air.

Prior to revealing her new body — which she earned through a winning combination of good ol' fashioned hard work and grudge holding — Stephanie was tszujed all the damn way up by Khloé's glam squad.

Celebrity hair stylist Jen Atkin, celebrity nail arist Britney Tokyo and celebrity makeup artist Ashley Holm got Steph glam while she sat there the way we all would, gently sweating and referencing their Instagrams.

Even Kylie Jenner made an appearance (via iPad, but still) to wish Stephanie luck on her reveal and gift her a Kendall & Kylie brand bikini and Kylie Lip Kit.

Khloé not only gave Stephanie access to her glam squad and her trainer, but hooked her up with a dermatologist to clear up her skin with nitrogen and an enormous, terrifying needle.

When Steph opened up about her struggle with acne, Koko admitted,

I was so insecure. And my sisters have had the most beautiful skin their entire lives, like, not even a pore. I was like, 'How the fuck am I the chubby one? The this one, the that one, it's not fair!' But, that stuff's all fixable.

Prior to her makeover, Stephanie gave Khloé a rundown of her experience as the "DUFF" of her friends. For the uninitiated, "DUFF" stands for "Designated Ugly Fat Friend," because we human beings are a cruel, heartless, destructive bacteria.

Fortunately, Steph is far from her shitty friends and safe in the arms of Momma Koko. The 32-year-old Kardashian sister tells viewers,

I was always overweight as a kid. If I was stressed out or sad, I would eat. So, I had to learn how to then put all of my energy into something positive and healthy for me, which is how I fell in love with working out.

Despite all the horror in the world, at least we're finally living in one where celebrities admit their food issues and publicly address their weight struggles in a healthy way.