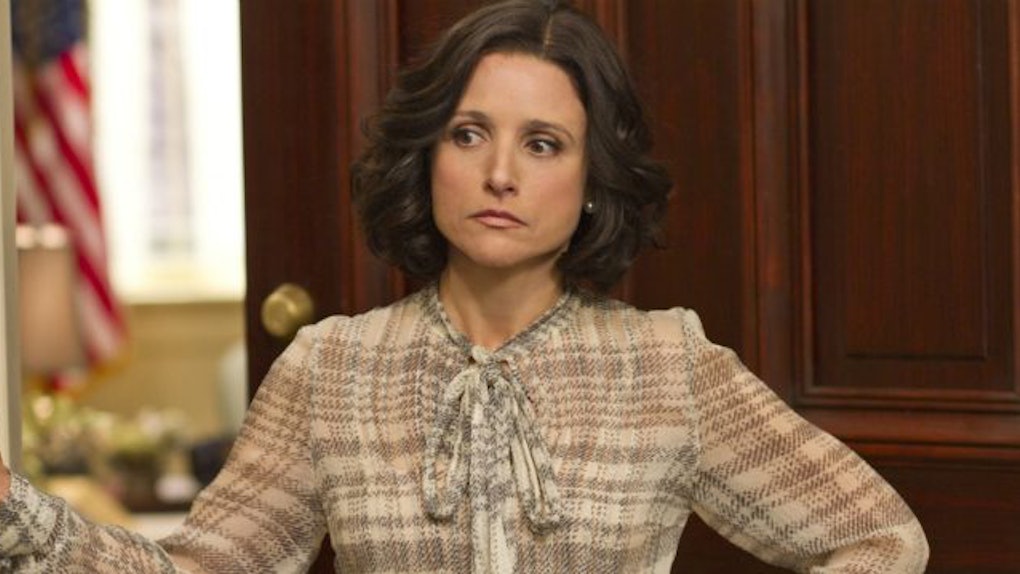 'Veep' Had To Cut A Golden Shower Joke Because Of Dossier

Hey, did you guys catch the last episode of "Veep?" You know, the one where Mike the press secretary says Hitler didn't use chemical weapons on his own people. Ha! Oh man, can you imagine someone actually saying that in real life?

"Veep" has gone from a hilarious satire about a group of power-hungry, ethically ambiguous and woefully inept government officials to an accurate portrayal of our government's daily workings.

In fact, recently, executive producer David Mandel admitted the show had to cut a golden shower joke featuring Jonah because of the intelligence dossier compiled by former British spy Christopher Steele that alleged Trump had engaged in "golden showers" while in Russia.

The only thing we did have to change — it sounds like a bad joke, but it's true — was a 'golden shower' joke in one of the episodes where someone is yelling at Jonah [Timothy Simons] about a golden shower. We hadn't filmed it yet, and we realized, 'Oh, we need to change that [because of the Trump-Russia dossier].' Who knew we would literally have to change a 'Veep' golden showers joke because of the real president of the United States of America? It doesn't get any weirder than that.

However, the coincidences between this show and reality have got weird in the past.

In fact, Jonah, AKA the douchebag with a heart of gold pure evil turned congressman, had a moment that was echoed by Trump.

Not only did Jonah accidentally perform a Nazi salute to a town hall, but Trump was also accused of doing the same in an event that happened just before the "Veep" episode aired.

That's an example of, 'What's the dumbest thing a politician can do?' And then a politician goes out and does it.

Trump and his team seem to be asking themselves that very questioning and then doing the corresponding answer.

Citations: 'Veep' Had To Kill A 'Golden Shower' Joke Because Of The Trump Dossier (Huffington Post)