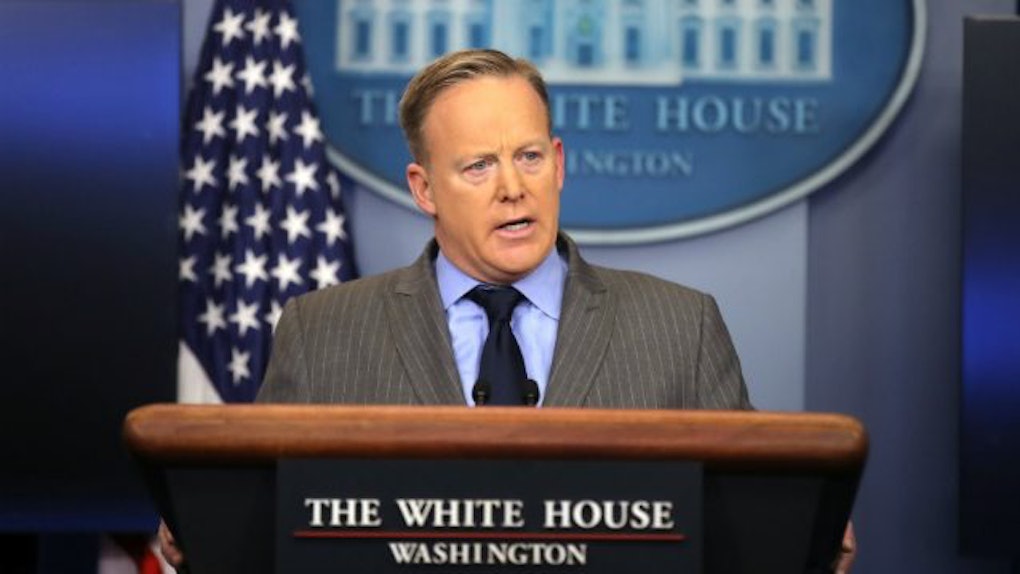 White House Press Secretary Sean Spicer hates Dippin' Dots, and that's not just an "alternative fact," to borrow a term that Kellyanne Conway uses as a synonym for a lie.

When Sean isn't nearly popping a vein in his forehead attacking the press for accurately reporting the size of the crowd at Donald Trump's inauguration, he's going after the real purveyor of falsehoods:

Dippin' Dots, the company that claims to be "the ice cream of the future."

Oh, Dippin' Dots, how shamefully you sit upon your liar's throne, which is deliciously made out of smaller, bite-sized balls! Yum!

That's right, even though Trump's press secretary made several false statement in his very first briefing to the press, Spicer has been tweeting his hate for Dippin' Dots since 2010 over their unverified claims of being the "ice cream of the future."

This wasn't even an isolated incident. In case Dippin' Dots forgot how much Sean hates every frozen fiber of their existence, he sent out this blunt reminder:

Oh, you definitely have said this before, Sean.

Does Sean somehow believe this company is claiming to have time-traveled to the future and brought back its ice cream? Can you imagine him going after Cinnamon Toast Crunch over the veracity of its slogan?

At this point, you'd think Spicer would have aired all his Dippin' Dots-related grievances, but you'd be WRONG.

Not being fully content unless he was gleefully playing a fiddle over the grave of Dippin' Dots, Sean sent out the above tweet when the company filed for bankruptcy.

He even sourced his tweet, which is an unusual practice for him compared to his "alternate facts"-dropping approach to the news.

Jump from 2011 all the way to 2015, and Sean's bloodlust for the complete destruction of Dippin' Dots was still as thirsty as ever.

You hear that Dippin' Dots?

How can you be from the future when you can't foresee the exact flavor of Dippin' Dots Sean Spicer wants at a baseball game? DO YOU EVEN HAVE A FLUX CAPACITOR?

In Sean's case, the pen is mightier than the spoon. Time will tell if the Trump administration will adopt Spicer's anti-Dippin' Dots policies.