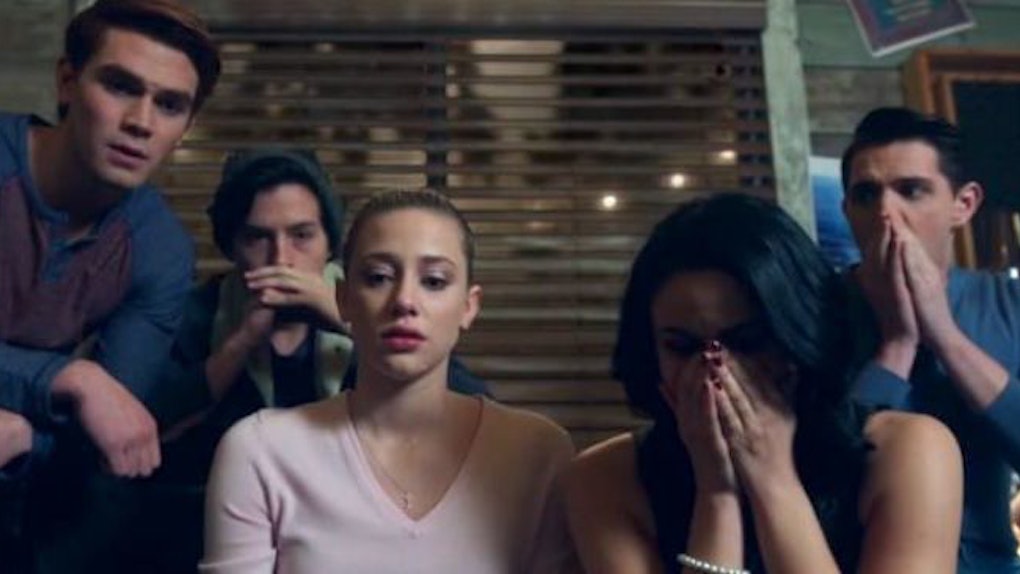 Should fans expect a Riverdale and Supergirl crossover anytime soon? Show runner and creator Roberto Aguirre-Sacasa sent shock waves through social media today when he posted a photo of Supergirl's very own Melissa Benoist casually sitting at Pop's with Betty (Lili Reinhart) and Veronica (Camila Mendes.) "Could a crossover be far behind?" he captioned the pic. Don't toy with our fangirl hearts, Roberto.

The pic in the tweet below is probably some sort of cruel tease, but who knows? It might actually have some merit. The CW is known for its epic crossover events -- worlds have collided for shows like Arrow, The Flash, Legends of Tomorrow, and even Supergirl before, and the network isn't slowing down anytime soon. Alas, the reality of the situation could be that both shows shoot in Vancouver and Benoist popped by for a visit and Roberto just happened to tweet out a pic to mess with us. Here's hoping that there's some truth to this mash-up, even if this exact photo doesn't capture the episode itself.

Besides, the Archie universe is no stranger to crossovers. Archie Vs. Predator is one unlikely situation that actually happened, so why couldn't the gang hang with Kara Danvers? Sabrina the Teenage Witch is even a product of the original comics and chances are the character will make an appearance on Riverdale at some point. Sadly, she probably won't be played by Melissa Joan Hart.

Show runner Roberto Aguirre-Sacasa is practically the patron saint of dropping social media spoilers and hints at this point. He's been tweeting up a storm about the upcoming season of Riverdale, offering up breadcrumbs about what fans can expect. For starters, there's that introduction to a mysterious character called "Sugar Man" via a disturbing drawing. He recently revealed that 3 of our beloved main characters could face the "dark side" in what he calls one of his fave eps of the show.

Um, can Supergirl help them? Pretty please? We're all for it. Even if this is just for some CW promo, it's nice to know these fictional icons are all hanging out in harmony, in one way or another.