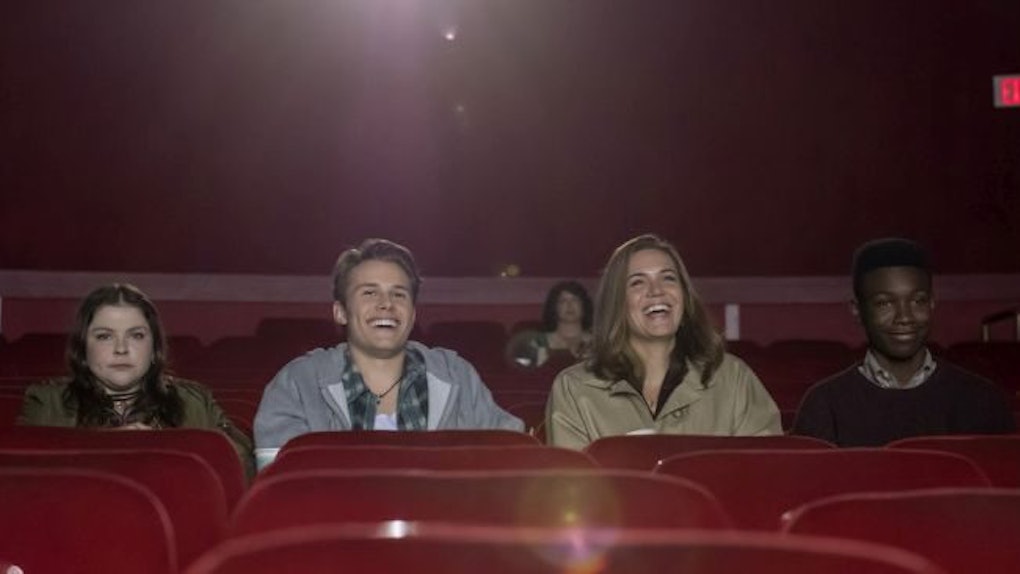 NBC had a delightful Tuesday night premiere with This Is Us. Ratings were through the roof, as fans and newcomers alike tuned in to learn what all the Emmy hype was about, as well as if we would learn how Jack died back in the 1990s. The show might not have answered that question directly, but they dropped a big old hint with the Pearson's house burnt to the ground. And now creator Dan Fogelman is dropping This Is Us Season 2 spoilers that include a promise of when exactly we will see how Jack died.

The first thing we learned is that the "Big Three" were 17 when their father died, so we know that he has only a single year left to live after the events of last season's finale. Already fans and redditors are deep diving into the scene's final two minutes, as the show went from one huge revelation -- that Jack had been hiding an alcohol problem form his family for years -- to another, cutting right to Rebecca driving up to the burnt shell of the Pearson's house before cracking completely, as the reality that her husband is really gone hits her. And they're finding discrepancies with the idea that Jack was burnt alive.

For those worried some of the details they're looking at might be there as red herrings, Fogelman promises that is not the case.

So the fact that Jack's possessions in the car with Rebecca aren't burnt is deliberate. That Kate feels responsible is deliberate. And that we still don't know all the details is deliberate. Fogelman describes it as "peeling back the layers of an onion."

Jack didn't die peacefully in his bed at 90 years old. Something happened to this man and this family that broke them for a little while... In order to fully understand that year of their life, you don't just do it one episode. You have to understand where they're all at at time period, what had happened in the marriage, what was happening with those kids, what was happening with those kids vis a vis their father, before they lost him, that frames these 37-year-old people we're seeing. Once we've done that, then we'll see everything we need to know about Jack.

And more importantly, that will be the plot of this season. So while we won't find out next week, each week will peel back the layers a little more, so that once we have all the pieces, then the guy punch will arrive.

The best part is this isn't like Lost, where the creators came up with a situation, and then suddenly found themselves with no real answers. Fogelman has all the answers, and he had how they will spool out over at least five seasons.

One of the biggest fears for fans and critics of the show is that the mystery of Jack's death will drown out everything else, and that once that's revealed the ratings will tank. Personally, I don't think that's likely, at least for those who are fans of Randall and Beth, or Rebecca and Jack.

Their stories would be compelling, even if Jack died from a heart attack at the age of 91. Having a full structured plot to work from for three more seasons, after the reveal this year, suggests that Jack's death might be a foundation event, but there's still more story to tell.