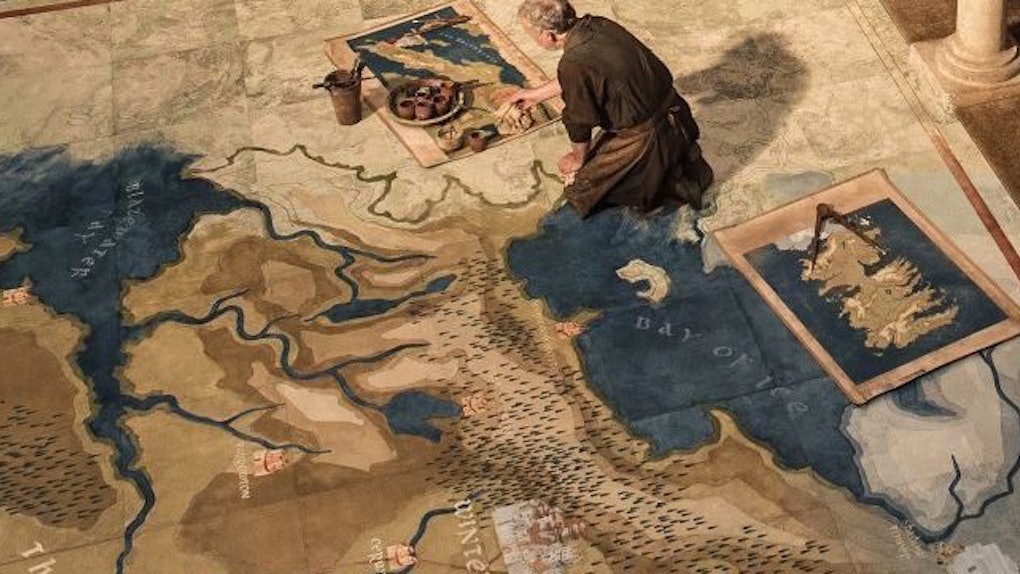 Who Is The Valonqar In 'Game Of Thrones'?

While the book series A Song of Ice and Fire is one that George R.R. Martin has littered with flashbacks, prophecies and visions of things to come. The show Game of Thrones has avoided most of these tropes whenever possible. While that might seem strange, there are good reasons for it, including not locking in visual moments that won't happen until far down the line.

It also ups the impact when the show does bring in flashbacks and prophecies like they did at the beginning of Season 5. Done as a cold open to the premiere, the show featured a flashback to Cersei's childhood, one contained a prophecy of who she would marry, how many children she would have and how they would die. And now fans have theorized that the show is foreshadowing the part of this prophecy that was left out.

As we know, this is all dead accurate. She didn't wed "the prince" (Rhaegar Targaryen), she wed "the King" (Robert Baratheon.) They both had children, but not together. He sired 20 or so bastards, she had three with Jaime. And while when this aired, two were still alive, by the end of last season, they all had their goldens crowns and shrouds. So what's the bit that the show left out, that we saw foreshadowed this week? The prophecy of "The Valonqar."

The old woman was not done with her, however. 'Gold shall be their crowns and gold their shrouds,' she said. 'And when your tears have drowned you, the valonqar shall wrap his hands about your pale white throat and choke the life from you.' - Maggy The Frog, A Feast For Crows, page 541.

The word "Valonqar" in High Valyrian means "Little Brother." Cersei took this to mean Tyrion -- it's part of why she hates and fears him so much. But the Valyrian language is not really into gender-specificities. (This is why "The Prince That Was Promised" could be Dany.) This has lead to theory upon theory where people say it could be anyone from Arya Stark (who is a "Little Sister," though not to Cersei) to Dany herself, who was also once someone's "Little Sister."

But the most popular theory is that Cersei, being a myopic fool, is missing the answer right in front of her. Jaime, who was born minutes after she was, is also, technically, her "Little Brother."

Now look closely at this screenshot from the premiere episode:

Above Cersei's head the words "The Neck." Just above Jaime? "The Fingers."

Will Jaime wrap his fingers around Cersei's neck, and throttle the life out of her? Or was this just a lucky accidental shot? We report, you decide.