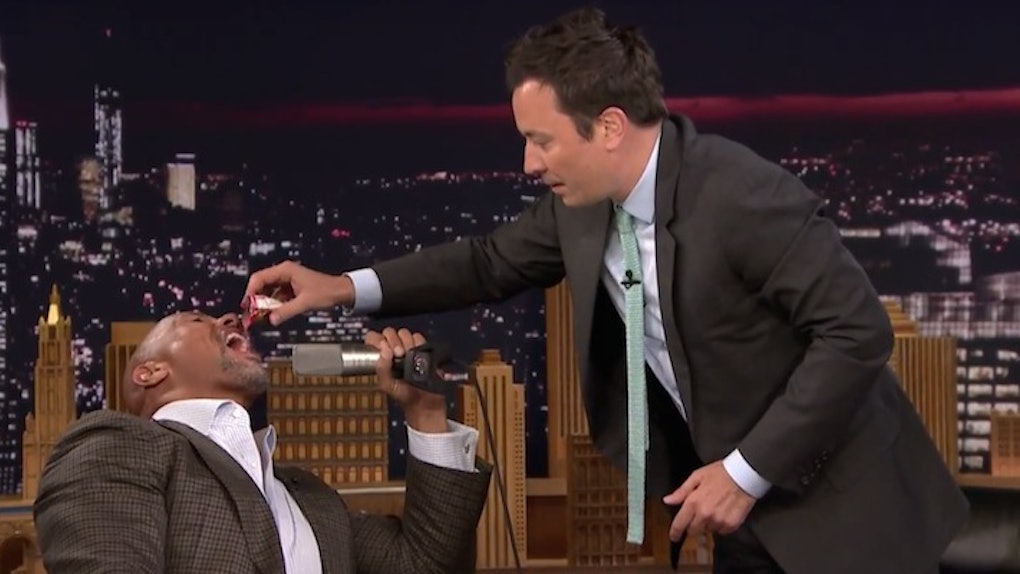 I bet The Rock's life spirals out of control now that his body has been introduced to sugar.

Here is a fun fact: Until last night, Dwayne “The Rock” Johnson hadn't eaten a piece of candy since 1989. Knowing the demographics of this website's audience, there is a good chance The Rock last had candy before your parents were even married.

Here is a list of things that didn't exist the last time The Rock had candy: 1) Kylie Jenner 2) Go-Gurt 3) Slovakia (Czechoslovakia dissolved into the Czech Republic and Slovakia in 1993) 4) The Patriot Act 5) Texting 6) The internet 7) The Disney Channel 8) “As Told By Ginger” 9) Viagra 10) "Shark Tank"

Yup, all those things were brought to fruition after Dwayne decided to permanently retire his sweet tooth.

The Rock broke his 28-year candy fast last night on “The Tonight Show” after diabetes enabler and big sugar PR puppet Jimmy Fallon shoved a bunch of candy into his face.

OK, Rock. You had your night of fun. Now back to not giving your mouth and taste buds any joy until 2046.