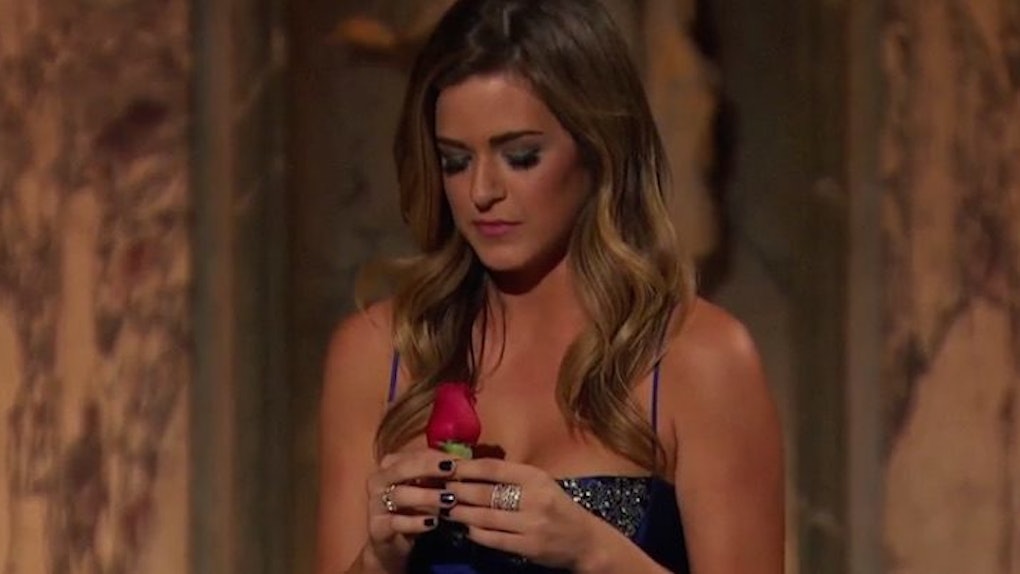 If you watched last night's episode of "The Bachelorette," then I don't know how you're alive right now.

Even though Chad and Evan were kicked off last week, Monday night's show was still better than ever.

Jojo took her boyfriends to Buenos Aires, Argentina and went on some of the most beautiful dates of all time.

She kicked things off with a one-on-one date with Wells, who ended up going home. SORRY WELLS, I guess you weren't the unicorn Jojo was looking for.

After that, Jojo went on a group date and gave the rose to Luke. They had the sexiest make-out session ever, so I guess that made sense.

AFTER THAT, there was the dreaded two-on-one date. Derek and Chase were up against each other, and, in the end, Derek was sent home.

He actually bawled his eyes out the entire car ride, so it was pretty uncomfortable to watch. Poor Derek.

OK, but here's where things got crazy.

During the rose ceremony, the last two men standing without a rose were James Taylor and Alex.

There was only one rose left, so we were lead to believe one of the two were going home.

Then, out of nowhere, Chris Harrison appeared and was like, "WHAT'S WRONG?"

Jojo gave Chris the last rose and told him she couldn't give it out. Chris was like, "Um OK, are you sure? Is this what you want?" and Jojo was like, "I CAN'T DO IT, OK? JUST TAKE THE DAMN THING."

Jojo went back into the room empty-handed and the boys were freaking out. Alex was about to PTFO. They should have called a doctor at this point.

Then Jojo was like, "Just kidding, bitches! You both get roses because I can't choose."

Chris Harrison appeared with two more roses and Jojo gave them to James Taylor and Alex. AKA, NO ONE WENT HOME.

AND NO ONE SAW THAT COMING. Talk about a plot twist.

JOJO, ARE YOU TRYING TO KILL ME? WTF JUST HAPPENED?

Ugh, I hate and love this show so much. Be sure to follow Elite Daily's live tweets next week as more drama unfolds.