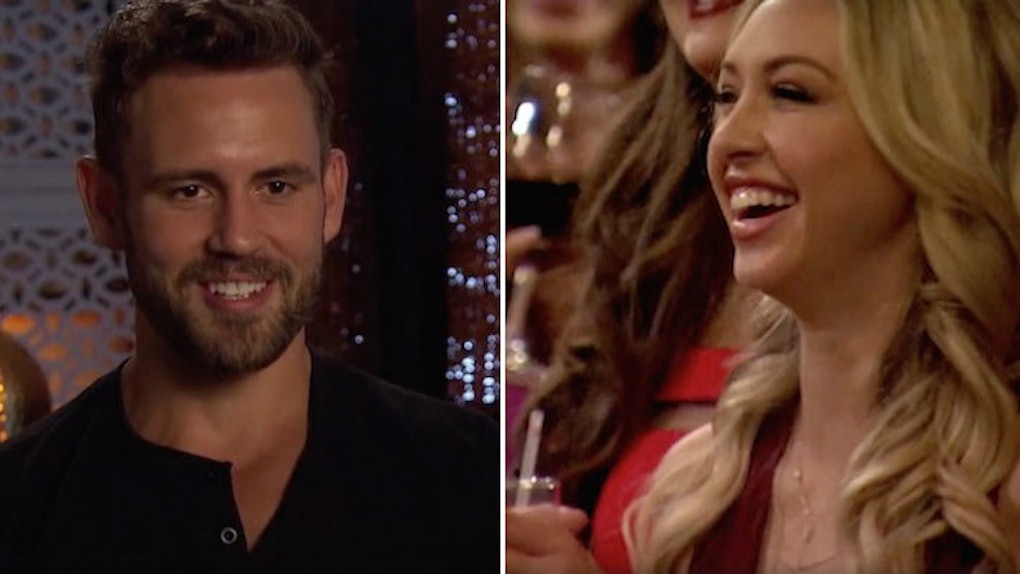 I have to admit, I was one of those people who weren't originally excited when Nick Viall was cast as "The Bachelor."

After JoJo Fletcher's season, I was team Luke Pell and wanted him so desperately to find love again after being dumped.

He was the total package and deserved a second chance.

So when I heard it was Nick Viall, a contestant from "Bachelor In Paradise" who had already been on "The Bachelor" multiple times, I wasn't exactly thrilled.

He was the runner up on Andi Dorfman AND Kaitlyn Bristowe's season and he had a thing with Jen Saviano this summer. Shouldn't Bachelor nation see a fresh face?

However, now that the new trailer for Nick's season has dropped, I've changed my mind completely.

Nick is HOT as fuck and I want a piece of that.

In the trailer below, you can watch the first official sneak peek of "The Bachelor" season 21.

NICK VIALL, I'M YOUR NEW BIGGEST FAN. Sorry I didn't love you from the start, I just needed to be warmed up!

The video opens with footage of Nick getting dumped by Andi and Kaitlyn. Soon enough, Nick is shirtless, making sweet love to a single rose and staring seductively into the camera.

We get to see a few of the women who will compete for Nick's heart as well.

Hello, ladies. Welcome, we're so excited to have you. CAN ONE OF YOU DROP OUT SO I CAN TAKE YOUR SPOT?

There's also this girl who I'm 100 percent confident is gonna turn into the next Olivia. There's something fishy about her and I think she's gonna stir up drama.

I'M CALLING IT NOW. In the clip she tells the camera,

OK, WE ALL WANT HIM. TAKE A NUMBER, LADY.

Be sure to check out "The Bachelor" when it premieres on Monday, January 2. Nick, I'm coming for ya.