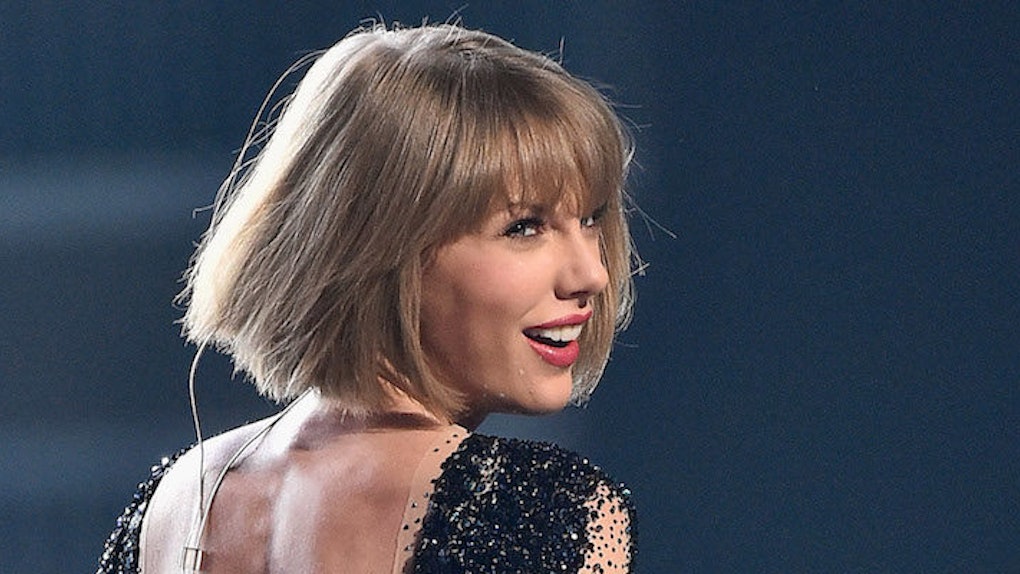 Taylor Swift's Supposed Myspace Is The Funniest She's Ever Been

We all have regrettable Myspace pages likely floating around in a digital graveyard somewhere, but lucky for 99.9 percent of us, we aren't famous enough for anyone to care.

Unfortunately for Taylor Swift, her Myspace days will be shared across the world, possibly for the rest of time.

According to BuzzFeed, this was allegedly Swift's Myspace profile pic many ages ago.

Here's a prototype of the group selfie.

Even T Swift had an emo phase because, again, this is Myspace.

But what's even more hilarious are the comments she allegedly left on her friends' pages or posts or whatever the f*ck they were called back in the Stone Age. They are screenshots from before Myspace went to complete sh*t, so put your ethical journalist hat on and view them with a critical eye.

Still, you may want to brace yourselves, because these are pure gold.

For those who can't read blurry English, the first one reads:

Everybody watch Kelsey's scrolling pictures of her friends until you get to the one of shelby. Her boobs look AMAZING. hahahahahahaha

And the second one:

I'm Grant Motherfucking Wood. I do what I want and say the word “durr”. iloveyoubutnotsomuchgrantwood hehehe -T-

We should all sign off with "Farewell knave" from now on.

Make sure you get every word of this gem:

I read your complaining comment about how your not on abilgails top 8. well, how could you be? I'M THERE. TAKING YOUR SPOT HAHAHAHA (evil laugh, you know the drill). Well, anyway, listen my queer fellow, I thinketh we shall hangeth out sometime soon, eh? yes yes, i do believe i am growing fond of this idea. drive over in your sex van and come pick me up. farewell knave.

Add one crazy-ass limerick to the mix, because why not?

And end on a "chorttle," bitch.

I'm not sure how we'll be able to rebound from this, but Taylor, I praise you for being one f*cking silly teen.