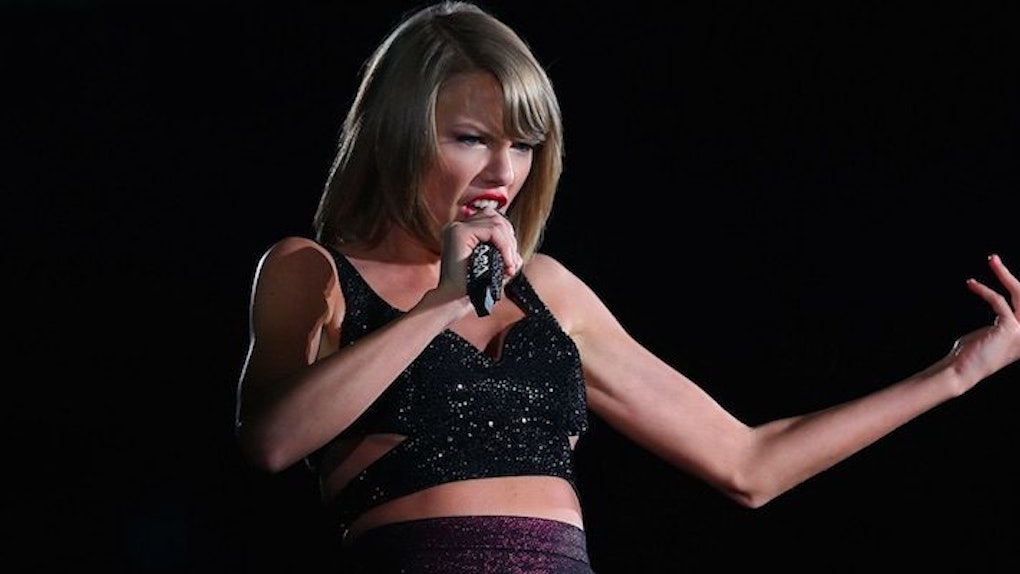 I am personally not surprised, although many are lamenting Kendrick Lamar was snubbed again at the Grammys.

Taylor certainly thought so, since she happily accepted the award, taking a moment to thank herself for being the only woman to win Album of the Year twice.

Meanwhile, Kendrick, Kanye and Beyoncé have won zero times, but, you know, who's counting?

And then, THEN, the real fire burning in T Swizzle came out, when she not so subtly addressed Kanye West in her acceptance speech.

Taylor said, addressing all the young girls she has inspired,

There are going to be people along the way who will try undercut your success, or take credit for your accomplishments, or your fame.

Yeeeeeesh. So yeah, she was totally talking to Kanye, who has a lyric on his new album about Taylor that goes, "I made that bitch famous."

This is clearly Taylor's response, and damn, can you feel the anger radiating off of her in this speech. I guess that phone call wasn't quite as friendly as Kanye made it sound.

I'm not sure if a hissy fit while accepting a Grammy many think should have gone to an important black artist was the way to handle this, but you do you, Tay.

We know one thing for sure: Tori Kelly definitely wasn't about that shade Taylor was throwing.