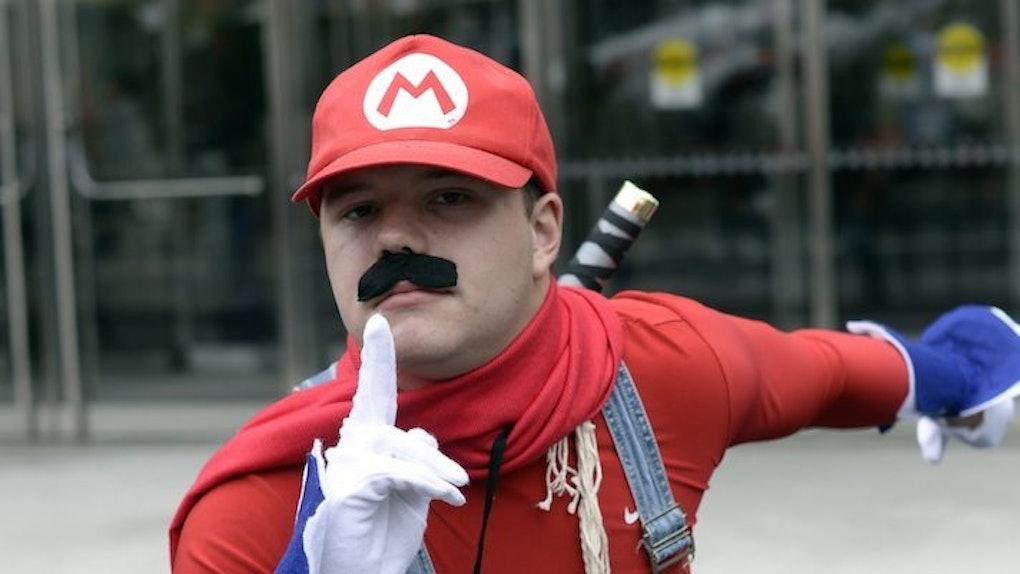 That's right, nerd nation. The time has come once again for us to unite and converge in San Diego for our favorite weekend. It's Comic-Con, y'all.

This is my favorite weekend of the year.

It's better than Christmas, my birthday and even the Fourth of July (which is strange seeing as that's easily the best holiday, combining BBQ, booze, pools, friends and all things Americana).

Sometimes, it's better than Halloween, simply because you see way better costumes than you would anywhere else.

While it’s a weekend full of happiness and general camaraderie, there are simple things not everyone understands before donning your best Loki look and sitting through some of the best pop-culture news all year.

Whether you’re a seasoned pro in need of a refresher, or a first-timer in need of a crash course, I’m here as your kindly nerd liaison to give you a few helpful tips on how to have the best experience at nerd-topia.

Be prepared for no sleep.

Sleep is sparse for a good number of attendees. I know this from expert personal experience.

There is something going on from early every morning until late every night. There’s the convention itself; outside events; small, 200-person panels at Zachary Levi’s Nerd HQ; podcasts; movie screenings and the Adult Swim area that has a ton of weird (but fun) sh*t.

People even spend the night in line to make sure they get into major rooms like Hall H and Ballroom 20. (What? I want a good seat for "Game of Thrones" and Warner Bros.)

As long as you understand you won’t be getting a ton of sleep, you’re already ahead of the game.

I wish someone had told me this my first year; I would have had a less stressed-out experience.

There is simply too much going on within the large convention center and across the street for you to expect to see everything. It’s just not possible.

When you’re making your schedule, pinpoint what’s most important to you and then decide what’s secondary. Strive to make it into the rooms you really want to, but if you don’t, have a back-up plan.

Make sure you know where everything is so it’s easier to get from room to room.

It sucks missing panels, but that’s what the Internet is for!

If not in costume, dress comfortably.

You are going to see some of the most amazing costumes at SDCC.

The year the Red Wedding aired, I saw a Dire Robb and thought it was the coolest thing I had ever seen.

At a convention like San Diego Comic-Con, you’re free to let your creative wings soar and wear anything, popular or obscure, and you’re likely to get plenty of compliments.

However, if you’re not going to take the time to put in effort with cosplay (like my lazy ass), make sure you wear comfortable clothes.

You should also always bring a sweater because no matter how nice it is outside, you’re walking into a meat freezer since there are so many people in attendance and the venues could get incredibly hot.

Trust me, you’ll be happy you’re comfortable when you’ve been sitting in a panel room for eight hours.

Bring on the snacks!

Convention-center food absolutely sucks and costs at least $10 over its reasonable price. Don’t do that to yourself and your spending budget.

Head to a 7/11 in the morning or a grocery store the first day and load up on snacks. You’re going to be in and out of panel rooms all day and you’ll realize how hungry that makes you.

You’re here to have fun, not be sad. Buy some Goldfish, a Twix, almonds and call it a day.

You should also bring a refillable water bottle. There are plenty of water fountains where you can load up on water for free all day.

Even though I go every year with the same group of girls, I have made some great friends simply by striking up a conversation or inserting myself into one with those around me.

You’re among your people! Open up and chat enthusiastically about the TV shows, books, movies, comics, anime and more with those around you.

How often are you going to be among your people in this capacity?

It’ll definitely enrich your experience for you to strike up a conversation just for the fact that you might be super bored between panels, anyway.

While I won’t be in attendance this year (stupid badge sales), I will be admiring everyone’s joy from all social media platforms.

Some of the biggest pop-culture news is announced at SDCC, and I’m excited to see what this year brings.

However, if you run into Elijah Wood, feel free to tell him we could totally be best friends.

So, for those who are attending this year, get your sleeping bags, your Mophies and your best cosplaying gear. It's time we celebrate everything we hold dear!