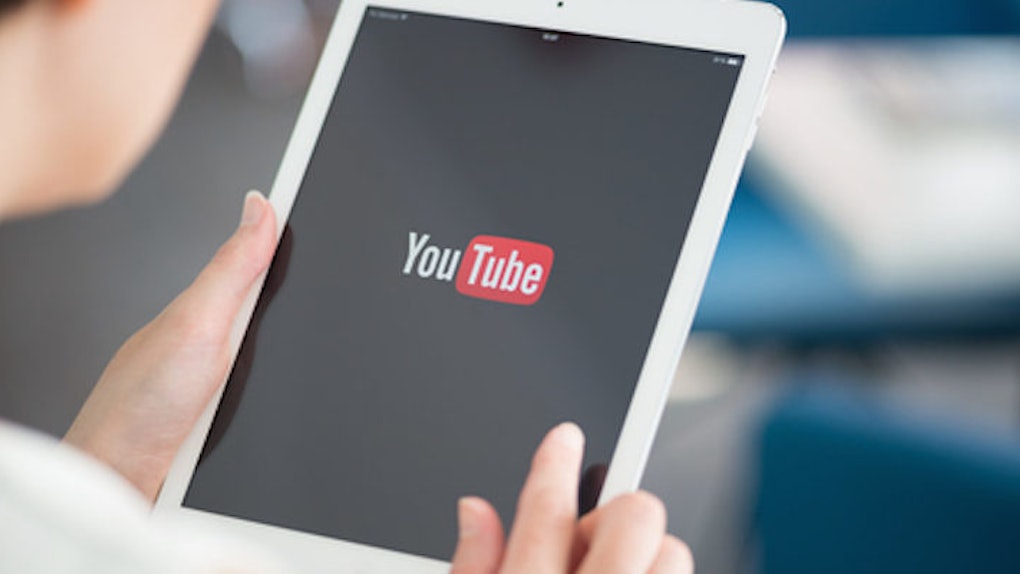 If you're in your 20s, chances are, you feel out of place sometimes. You always feel too young or too old to be where you are.

I feel young when I commute among middle-aged people in suits. On the other hand, I feel kind of old when I watch YouTube.

Since my 23rd birthday is soon approaching, it's clear I'm not old by any means. I am, however, on the older end of the spectrum when it comes to YouTube's audience. This is one of the first contexts where I've felt older than most other people.

Among the people I have met, very few of my peers consider YouTube their main form of entertainment. But here I am, still getting excited whenever I see new content on my favorite channels. It's a strange position to be in. But I know I'm not alone.

Here are a few experiences that are familiar to any 20-something who loves watching YouTube:

1. You feel guilty about how much time you spend on YouTube.

You figure that YouTube is a good way to unwind for just a little while. You're only going to watch one video, right?

Wrong. You inevitably end up wasting an entire hour on YouTube. This can definitely bring on some guilt while you're entering adulthood.

"I should probably be doing something more productive," you tell yourself as you click on another video.

Since many avid YouTube viewers are in high school, a lot of videos are for this age group. Sometimes, you find yourself sitting in front of the computer, looking at a video about prom. Then, you count the years that have passed since your own prom.

During moments like these, you can't help but wonder, "What am I doing with my life?" However, for every video that doesn't reach your maturity level, there is another one that has truly changed your perspective on life.

3. You wonder how high school students have time to be YouTubers.

When you were in high school, you were just balancing school, friends and extracurricular activities. You couldn't imagine taking the time to make YouTube videos.

But somehow, there are teens who exist who consistently post top notch videos every single day. These high-school YouTubers might make some content that doesn't float your boat, but you have to admit they really have their lives together.

4. You can't relate to your friends when they start talking about their celebrity idols or crushes.

Whenever people start talking about the celebrities they would love to meet, you start to draw a blank. There aren't many Hollywood celebrities you would jump for joy to meet.

When your peers boast about all of their celebrity run-ins, you usually don't know much about the celebrities they're talking about. Even the few celebrity "crushes" you have are people whose movies or shows you've never seen.

5. Most people in your age group haven't heard of the people you're obsessed with, either.

You never want to be the pretentious person who says, “You've probably never heard of them.” However, you've started to navigate the world with the expectation that the people in your age group won't know many YouTubers.

It's funny because YouTubers are the only people you'd be ecstatic to meet. Their videos make you feel connected to them. You imagine that meeting them would feel oddly similar to seeing a friend, even though you've never met these people.

6. When people start talking about TV shows, you can't contribute to the conversation.

"Game of Thrones?" You've never seen it. "House of Cards?" You haven't seen that one, either.

You pretty much get all your entertainment from YouTube. Whenever people start getting into their theories about the latest shows, you start to zone out.

You don't watch these shows, and you don't have any desire to. In an attempt to be friendly, you ask people what the shows are about. But you know you won't start watching them.

On the bright side, you don't have to worry about spoilers.

7. You get super excited when you make friends who watch YouTube.

Whenever you meet someone who watches YouTube, you immediately delve into an enthusiastic conversation about the YouTubers this person likes to watch. If you're lucky enough to have more than one YouTube-obsessed friend, you begin to learn which friends like which YouTubers.

You can bet that when one of those YouTubers has a new video, you'll soon be Facebook messaging your friend about all the best parts of the video.

8. You almost think about going to VidCon or Playlist Live, but you know you're way too old to.

You're glad there are young people out there who passionately love YouTubers. A lot of YouTubers are fantastic role models.

That being said, you know you're going to stay away from conventions like VidCon and Playlist Live because they're always brimming with preteens and teens. You wouldn't be able to tolerate all the screaming.

9. Sometimes, you think about having a YouTube channel of your own.

People tend to do weird things when they're alone, like pretend they're on a cooking show. You, on the other hand, pretend to be a YouTuber. Maybe you even practice what your intro would sound like.

When you're in your 20s, you're still trying to figure out what you're doing with your life. If you watch and admire YouTubers, chances are, you've at least toyed with the idea of becoming one yourself.

10. You realize that your love of YouTube actually makes you pretty awesome.

Being a huge fan of YouTube may make you feel a little out of place, but it also gives you a unique perspective. You are a part of a community that is on the rise.

YouTube is changing the cultural landscape. It's exciting to be a fan of a platform that is giving creative and inspirational people the opportunity to change the world.

Many people think YouTube is just for viral videos, but there is so much more to it. If you're in my age bracket and not into YouTube, you might want to give it a try. YouTubers can have a huge impact on the lives of viewers, no matter how old they are.