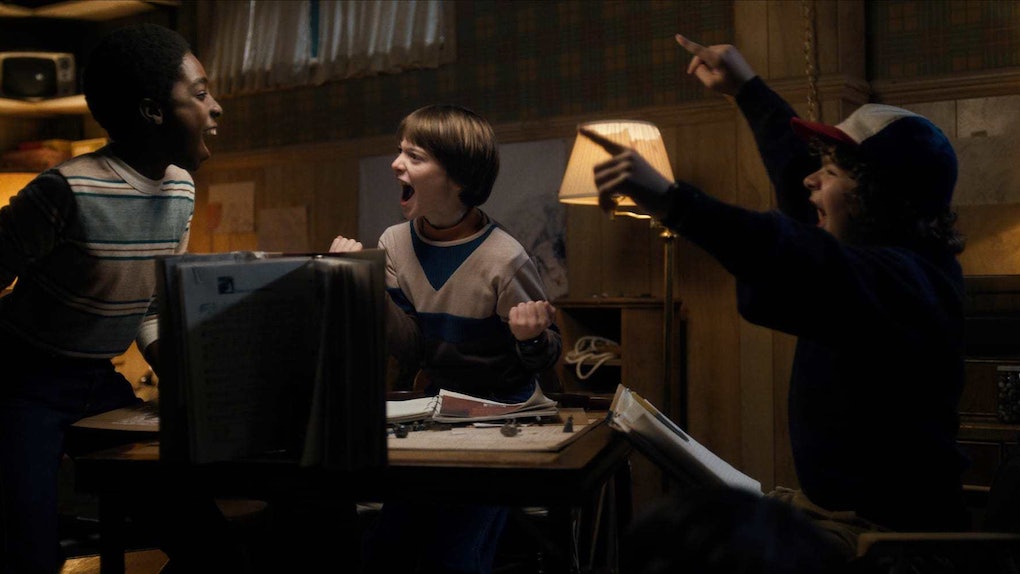 It's Friday, which means that all you need to push through to the weekend is a creepy soundtrack that'll make you terrified at your cubicle. Hey, you have to have an incentive to somehow meet those deadlines!

Well, if you're willing to shell out $9.99, you can make Volume 1 of the eerie, synth-heavy "Stranger Things" soundtrack your very own. And no, you don't need Mr. Clark's long range ham radio to listen to it.

I think we can all agree that Mr. Clark is basically the benevolent, cooler version of Walter White, right?

"Stranger Things" fans were adamant about getting access to the moody, '80s-nostalgic music, and, for a while, it felt like Netflix was withholding the soundtrack from us, just like the lunch lady withheld a hoarded stockpile of chocolate pudding.

But thankfully, the first installment of the two-part soundtrack by Kyle Dixon and Michael Stein is now available on iTunes, with the second volume available on August 19.

Also, Volume 2 might have some unused tracks! Fingers crossed will get to hear songs like "Requiem For A Barb."

So, if you're going out tonight, be sure to hijack control of the pregame playlist, play all three dozen of these mini-masterpieces and turn the speakers up LOUD.

Sure, you might lost a friend or two or all of them, but who needs friends when you have talking Christmas lights?

By the way, do you remember that time Michael Scott played the iTunes preview of "Goodbye My Lover" over and over again after he got dumped?

Well, I now understand the appeal because you can stream samples of all 36 songs released in the first volume below. Go ahead, play the 30 second version of the title sequence song 17 times in a row.

The hard CD copies of Vol. 1 and Vol. 2 will be released into the world (and the Upside Down) on September 16 and September 23, respectively.

Personally, I think releasing them for Walkman would be more fitting, don't you think?