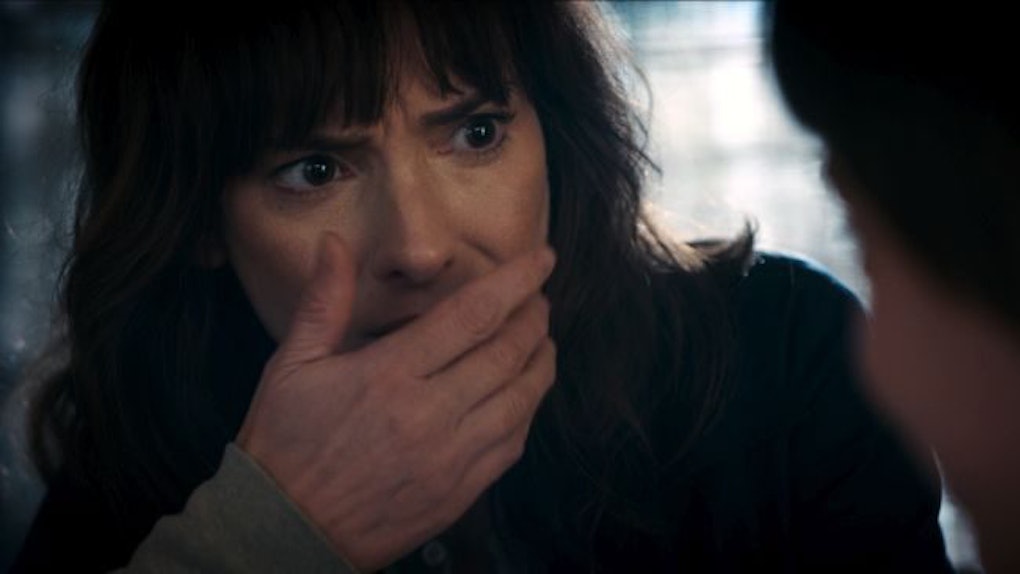 Netflix's biggest breakout hit of last summer, Strangers Things, is gearing up for Season 2. The show is currently promising all of our favorites will be back (no, not you Barb), including Eleven, despite her being in the Upside Down. But now, we're learning that we'll also be meeting new people, and heading new places -- all in an '80s reference way, of course. So who is the Stranger Things Season 2 new character that they're promoting, and what is the '80s reference?

Entertainment Weekly got their hands on one of the pages of the script, and it introduces a brand new nemesis, not from the Upside Down, but from Someplace Else. That place being the video arcade the boys are now spending all their quarters at, The Palace. (For those who don't get the reference, that's from the famous Matthew Broderick movie WarGames.) The Duffer Brothers said they wanted to move out of board games and into video games, as arcades were at the height of their popularity in those early years of the 1980s.

This brand new nemesis is someone who apparently is ruining Dustin's life. And by "ruining his life" we mean "totally beating his high score" on his favorite game, Dig Dug.

Who IS Mad Max? Well, if you're a child of the 1980s, the answer is, "The weirdo racist guy who made the creepy religious movie back when he was young and hot." But somehow, despite the obvious reference to the cult classic Australian post apocalyptic film, we have a feeling that the actor who plays him isn't going to be Mel Gibson.

At least, we hope not.

Another new character, is the one that Dustin's talking to, Keith. According to the Duffers he works at The Palace, and is high school aged, or just graduated. Apparently he's going to be very interested in Nancy -- when he's not scarfing Cheetos. So much so that he's willing to trade the identity of Mad Max... if the boys will help him score a date with her.

Thankfully, Mike will be horrified at trading his sister's love life just so Dustin can find out who is ruining his high score. Lucas, on the other hand is all for it. We'll let that slide. But we have to assume Dustin's crush on Nancy must not have faded, since he's totally not willing to let this happen, and he suggests that Keith will bring STDs into their family. The script goes on to have Keith argue his zits are not an STD, thank you very much. This gives us another clue about our new character -- he's got lots of acne.

Also, Keith uses the word "wastoid" which is really from The Breakfast Club, so not totally historically accurate. I'm sure John Hughes won't complain, though. He had to get the slang from somewhere. Maybe it was Hawkins.

As for Will... it turns out this scene is the one that happens just before that clip in the trailer when Will suddenly "slips" from our reality into the Upside Down... or is he? Is it an actual flash/slide from one reality to another? Or is Will having PTSD flashbacks to his previous experience?

Personally, I would assume these are not PTSD flashbacks, though Will might be trying to write them off as such. The Upside Down is threatening the town again, after all, and we've got to bring Eleven back somehow. Who else is going to save the day? These boys arguing over selling Nancy down the river? Please.

Hey, maybe she'll even get a new hairdo?