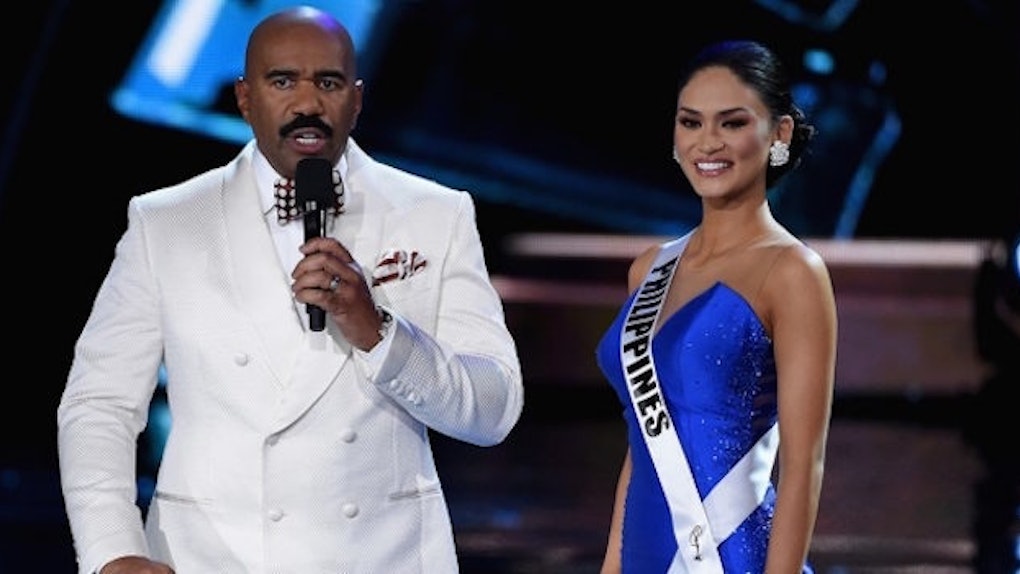 I love waiting for someone with a strong public persona to make a mistake only to pounce on him or her like a lion fresh from slumber and hungry for meat as much as the next guy, but let's give Steve Harvey a break.

Just like the rest of us, Harvey rallied himself to pretend to care about the Miss Universe pageant but, like any fallible human, grew bored, and things got a little sloppy.

It's easy to stay sharp when you're only tuning in for the results. Imagine having to be present, alert and "on" for the whole damn competition.

Staying jazzed about this broadcast is a legitimate struggle unless you own a warehouse manufacturing batons, evening gowns and tiaras, in which case it's your peak season.

Harvey, now merely a slaughtered gazelle of a man, faced harsh ridicule for announcing Miss Colombia won the crown when, in actuality, Miss Philippines was the winner.

Even Justin Bieber joined in to feast on Harvey's carcass.

In the brief twilight of time after Harvey apologized for his actions and tried to escape criticism, an unfortunate oversight sealed his fate.

Harvey deleted the tweet and issued an edited apology.

Plenty of online supporters came to his defense after the fact in an attempt to at least salvage his fragile antelope (impala? deer?) bones.

We all are better than this, folks.