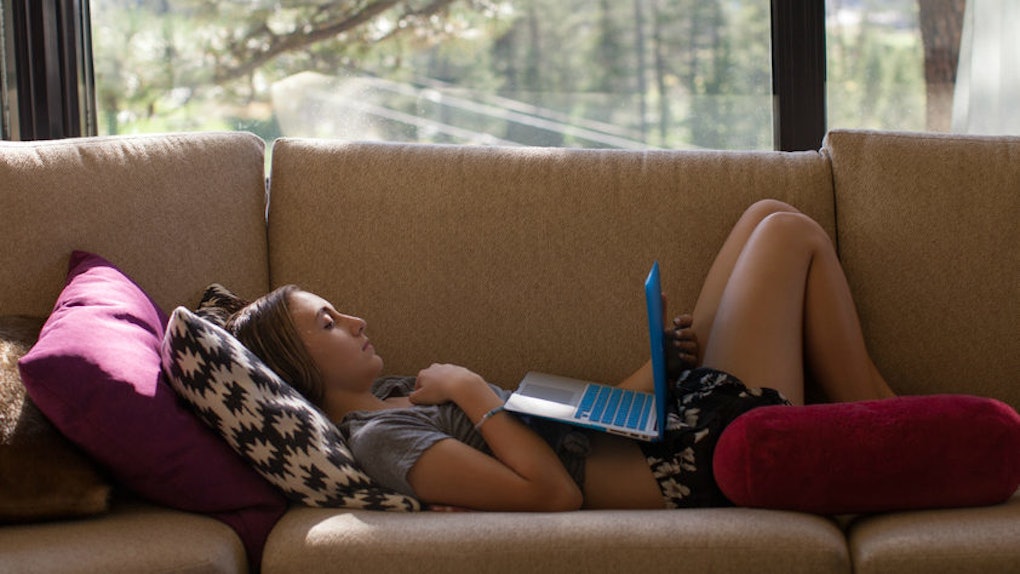 Last Sunday, I went to grab dinner and drinks with friends. It was 9:30 pm, and none of us had any intention of heading home anytime soon.

I was also fully aware I was missing "Game Of Thrones." Oh well, that's what HBO Now is for.

I told her I wasn't too worried; I still planned on watching the episode later that night.

“But spoilers!” she said with a laugh that could only belong to someone who doesn't watch "Game Of Thrones" and still knows what happiness feels like.

You see, here's the thing: My friend was truly trying to protect me. Spoilers are a huge buzzkill, no matter what you're into. She and I both knew the moment I checked my Twitter feed, I'd be bombarded with #Hodor, #RIPJonSnow and whatever other bullshit GoT nerds tweet between the hours of 9 and 10 pm on Sunday nights.

Except — and this is a big exception — I don't really care about spoilers. The way I see it, I'm going to watch the show anyway. I still want to see exactly what happens, even if I know the outcome. Besides, a little spoiler here and there builds the hype around a show, a movie or a book. It doesn't deplete it.

As always, I'm right. According to a 2011 study from UC San Diego, spoilers don't actually spoil anything. Researchers performed a series of three experiments with 12 short stories: One set had no spoilers, the other had a spoiler in the beginning and the final set had a spoiler incorporated into the story.

Surprise, surprise, the spoiled versions were ranked as more enjoyable than the ones that weren't. In fact, spoiled stories were described as “easier to read."

Better yet, UC San Diego (apparently the mecca of all things spoiler) psychology professor Nicholas Christenfeld says spoilers act as “enhancers” of the story, as opposed to deterrents. A spoiled ending allows you to focus on the intricacies of the plot.

Christenfeld likened it to driving down a road you already know. It allows you to sit back and enjoy the view, as opposed to focusing on the road itself.

So, next time your friends get pissed at you for spoiling their favorite TV show for them, tell them you only wanted them to enjoy the experience more.

Well, unless it's "Game Of Thrones." In that case, it's better to just stay silent.