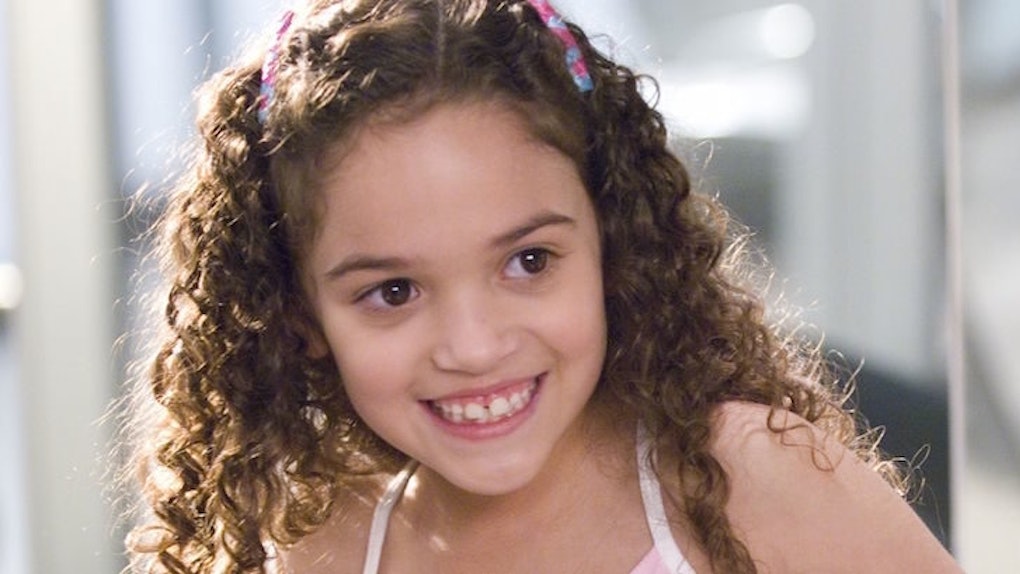 Disney Channel was probably the greatest blessing to this planet. That is not an exaggeration.

Every day after school, I'd come home and watch "Lizzie McGuire" and "That's So Raven" until it was time for dinner. Then, I'd leave, eat and come back for more.

I feel bad for kids these days because the shows they watch now are such shit compared to what we '90s babies had. No offense "Ausin & Ally," but you'll never be "Even Stevens."

Another show I loved was "Cory in the House" because it was a spin-off of "That's So Raven." Let's talk about that bomb-ass theme song, though.

When Victor Baxter got promoted to head chef of the White House, Cory went with him to Washington, DC.

The father-son duo took on their new lifestyle by working for President Martinez and dealing with his rebellious daughter, Sophie.

Come on. You remember Sophie. The girl was, um, a lot to handle.

But Sophie is all grown up now, and she's absolutely gorgeous.

Yup, it's really her! The actress who played Sophie is named Madison Pettis, and she's seriously flawless.

Madison turned 18 two weeks ago, and she seems to be livin' it up.

Perhaps you also remember the child star from the movie, "The Game Plan."

Madison played 8-year-old Peyton, and co-starred with The Rock.

Be sure to follow this girl on Insta for all her latest looks and styles.

Keep it real, girl. You're killin' it.