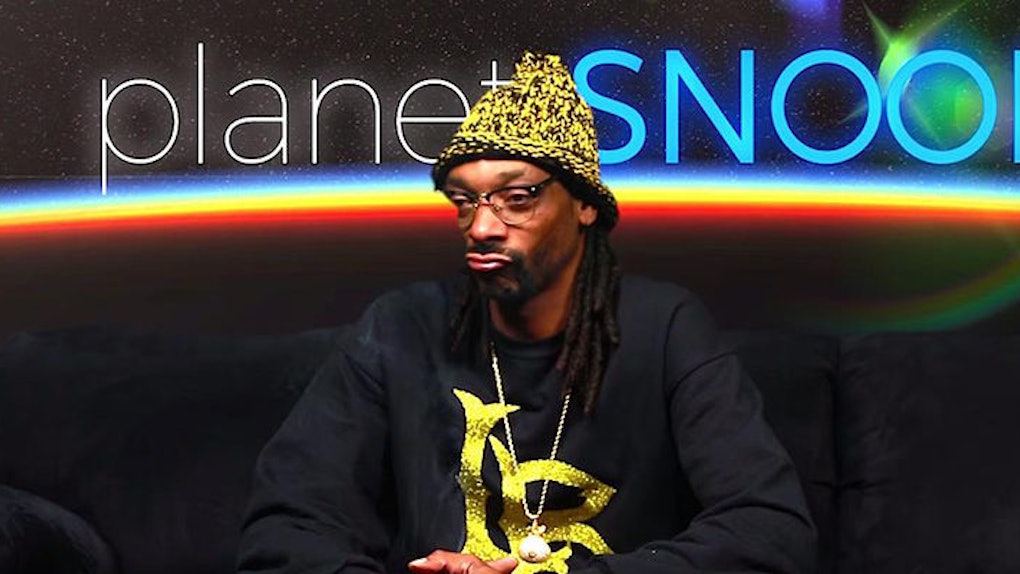 Last year, when Jimmy Kimmel had Snoop Dogg narrate some clips of "Planet Earth," the public went berserk and demanded more. That performance inspired a real petition on Change.org called "Get Snoop Dogg to Narrate a Whole Season of Planet Earth," and guess what motherf*ckers, you just made it happen.

Finally, that dream has come into fruition and the legend himself has signed on with his website, Merry Jane, to give stoned, animal-loving Snoop Dogg fans exactly what they want.

For some reason, Snoop's observations, voice and point of view are just so much better than the British dude they had before.

A lot of that probably has to do with the fact that he's smoking a blunt the whole time, but the man is just a G and we should care what he thinks about nature.

You can watch a preview of the first episode above in a clip that features a duel between a squirrel and a snake.

Hearing Snoop on the track makes it must-stream TV. And...it's the perfect thing to watch when you're high.