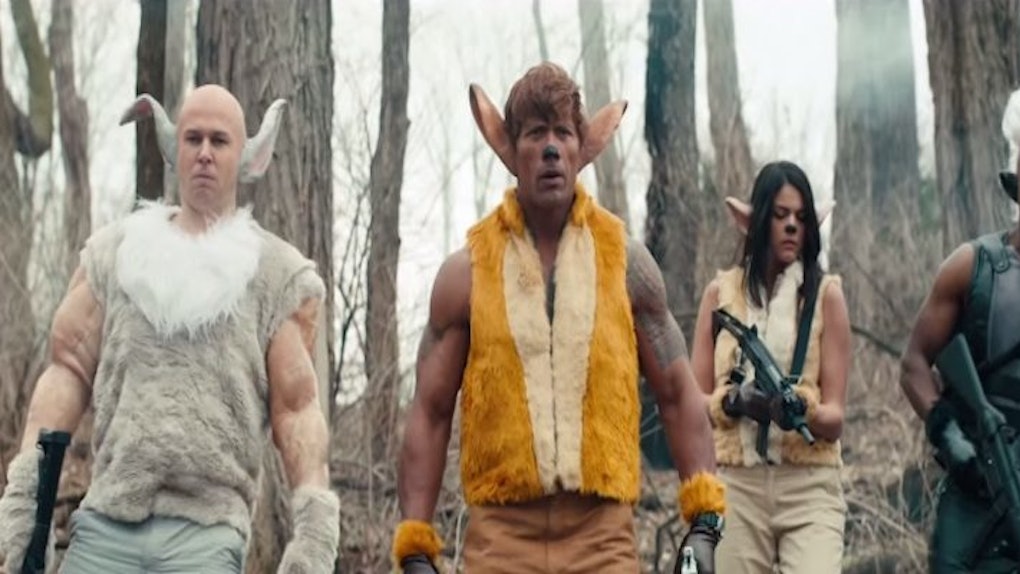 Over the weekend, the folks over at "SNL" staged a live-action faux remake of Disney's “Bambi.”

The hilarious parody featured none other than Dwayne “The Rock” Johnson as the film's title character, who embarks on a mission to get revenge on the poachers who killed his mother.

To play Bambi, The Rock donned a bizarre furry costume that showcased his muscles, sported animalistic face paint and smoked a pipe.

Needless to say, it was as ridiculous as it sounds.

It's pretty impressive that after nearly 40 years, "SNL" is still killing it in the humor department.

Check out the silly sketch in the video up top.