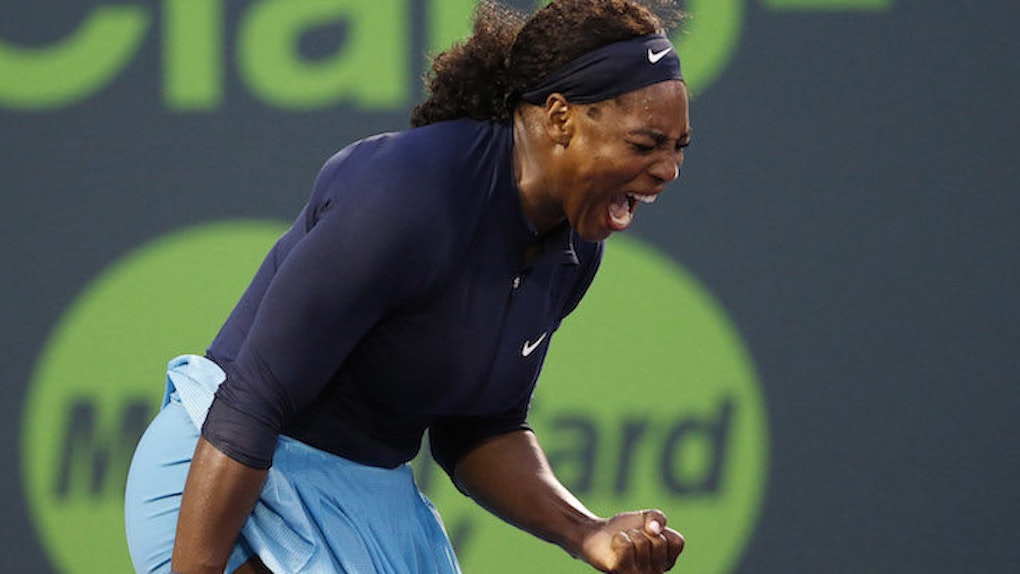 Serena Williams Ate Dog Food And The Results Are Disastrous

In a series of Snapchat videos released Wednesday, tennis champion and all-around rockstar Serena Williams taught us that it's best to leave dog food to the dogs.

While traveling in some European country with her fur baby, Chip, Williams found her hotel's pricey, gourmet dog menu featuring seared salmon and a mixed vegetable soup. After ordering the salmon and rice entree for Chip, she thought it looked so good she might as well try some for herself.

Well, one spoonful and two hours later, Williams found herself in a world of hurt. While I feel bad for her tummy, watching her describe the ordeal on Snapchat is the funniest thing I've seen all year. On the back of the menu, Williams wrote a little piece of advice for all future pet parents visiting the hotel. The athlete wrote,

Sage advice for all of us, really. Check out Serena Williams' insane Snapchat saga above.