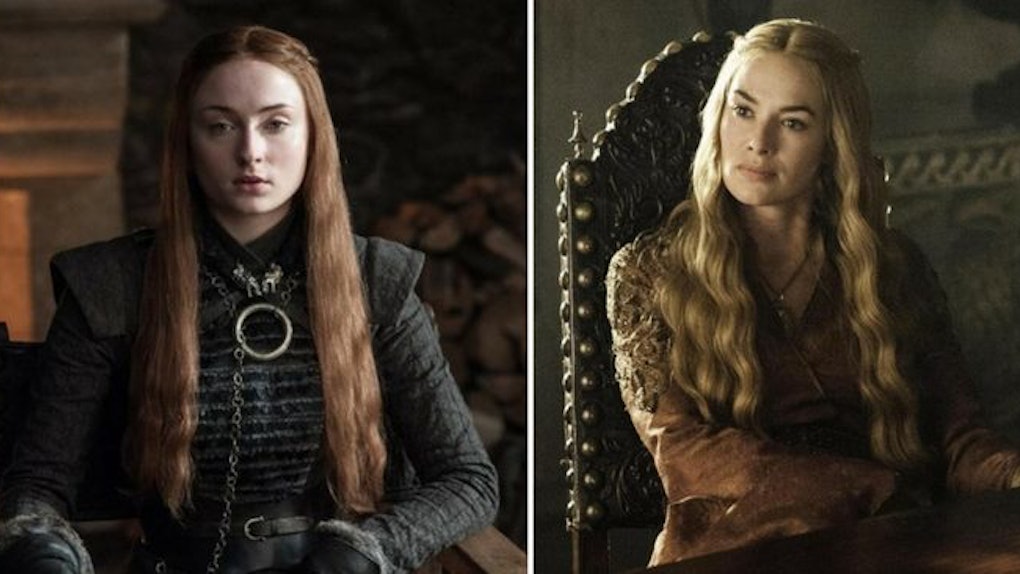 Sansa's Turning Into Cersei, According To This 'Game Of Thrones' Theory

The most long-suffering character in Game of Thrones is finally catching a break in Season 7. After two abusive marriages against her will, Sansa Stark is finally getting to act on her own now that she's reunited with her big bro Jon Snow, but some fans are worried about how Sansa will handle her new power.

In Sunday's season premiere, we saw Sansa sparring with Jon for political power in Winterfell. Though Jon is the chosen leader of the North, Sansa insists he takes her counsel into consideration. It's clear Sansa is ready for some real power at last.

After Jon receives a raven summoning him for a meeting with Cersei Lannister, Sansa advises him to go and get some intel. It's then that Jon notes, "You almost sound as if you admire her." Sansa responds that she learned a lot from her longtime captor.

I know it sounds pretty thin to cite Sansa's hairstyle as proof of her transformation into Cersei, but Sophie Turner herself explained to Refinery29 Sansa's hairstyle is always meant to meaningfully reflect the person she's emulating:

There's always a pattern. It's never random. Sansa's hair is constantly reflecting the people she's learning from, or mimicking, or inspired by at the time.

So yeah, I'm convinced. And although Cersei is often seen as an antagonistic character, many fans are excited at the prospect of Sansa taking on her cunning attributes.

Think about it — Sansa with Cersei's ruthless, strategic ability to always remain in power... it's a powerful concept. And it's one that could create a formidable contender for the Iron Throne.