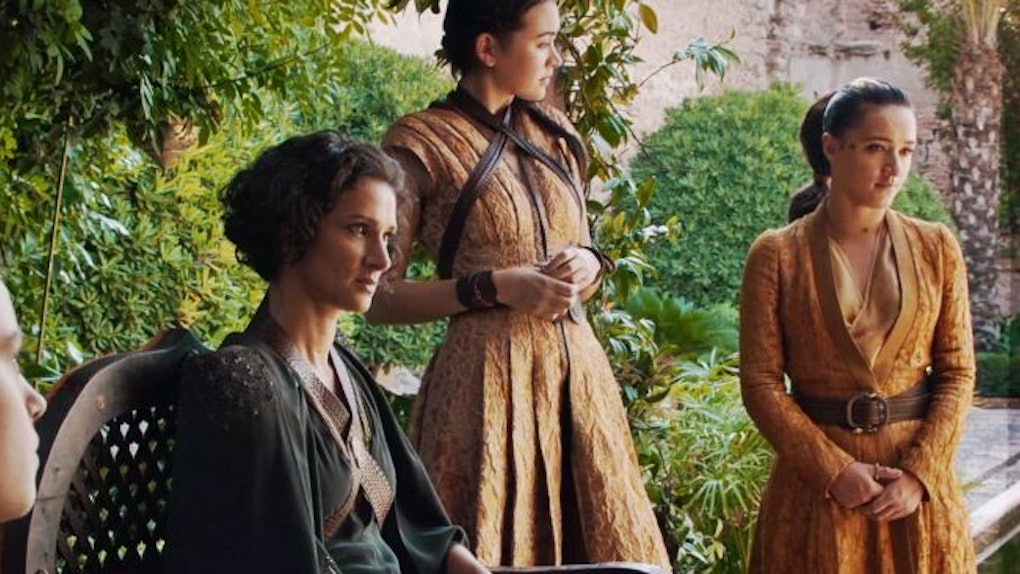 Where Are The Sand Snakes In 'Game Of Thrones'? Where They May Turn Up

Many Game of Thrones fans may have the same question before the premiere of Season 7: Where are the Sand Snakes?

As George R.R. Martin likes to tell it, when it comes to the differences between his A Song of Ice and Fire novels and the Game of Thrones TV show, "The show is the show and the books are the books." And this has been, on the whole, true throughout the series. There are places where the TV show improves on the story, in streamlining down otherwise over complicated subplots. And there are places where the books are better, in their ability to be more expansive than on screen.

In the book A Storm of Swords and in Game of Thrones Season 4, the character of Oberyn Martell was a huge fan favorite, a foreigner from the south who brought a more progressive and far more permissive attitude towards just about everything in King's Landing, while also being a killer badass. In both cases, Martin and the showrunners were so impressed with how the character went over that they felt that going down to Dorne, which was not the plan for either of them at first, was the only logical follow up.

In the case of the books, this Dornish diversion took up swathes of A Feast For Crows with little payoff. Some fans loved the new locale, but in terms of moving the plot gears forward, it was the first sign of how badly the books were about to slow down.

The showrunners were insistent that they would not make the same mistakes as the books. The show would go to Dorne, but it would not slow down the plot. Instead it would give them a chance to do a better, more female-oriented, badass society.

The TV show version went over worse than the book version. Critics disliked Dorne, and asked why it was so bad. By the end of the ten episodes, Tyene's line about "bad pooousy" had become shorthand for the storyline's failings.

In reaction to that, Season 6 opened with quite possibly the most hilarious and openly fan-service way to deal with this unfortunate call. They stuck a spear in it. And that was the end of Dorne.

Well, almost. During the supersized Season 6 finale, we finally had our second Dorne scene all season, where Olenna and Varys head down to convince the Sand Snakes (who now rule Dorne) to join Dany's cause. It consisted mostly of Olenna putting the Sand Snakes in their place for the audience's amusement.

So where are the Sand Snakes? Honestly, we're not entirely sure. They do not seem to have sailed to Meereen with Varys to travel back with the fleet, even though many of the sails in last season's finale had Dornish markings. They could be at Dragonstone awaiting Dany's return, or they could be in Dorne, awaiting orders to come to Dragonstone once Dany has returned.

What we are sure of is that all of them, including Indira Varma, who plays Ellaria, and Keisha Castle-Hughes, who plays Obara, were on the Season 7 premiere red carpet, so chances are they'll be turning up this season. Whether they do have more meaty parts this season or will merely show up to be finished off -- we'll have to wait and see.