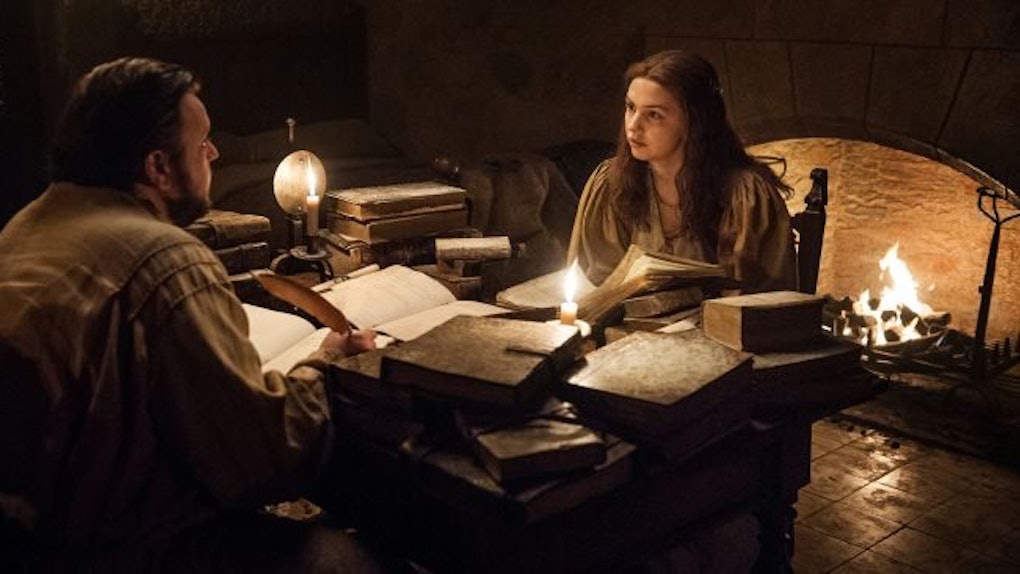 Even though she doesn't get the screen-time her contributions have warranted, Gilly is the real MVP of this season of Game of Thrones. Though it's hard to remember that with her man taking credit for the game-changing bit of research. Spoiler alert: This post will discuss moments in the Game of Thrones Season 7 finale. In the season finale, Samwell Tarly heads up to Winterfell to meet up with Jon Snow, but only finds his little brother Bran Stark, who's now super tripped-out from becoming some mystical, all-seeing sage. The pair were able to combine forces to finally reach the conclusion that Jon Snow is actually Aegon Targaryen, the son of Rhaegar Targaryen and Lyanna Stark, but Twitter wasn't having it when Sam took credit for Gilly's work and claimed he was the one who discovered Rhaegar had his previous marriage annulled to legally wed Lyanna.

Sam told Bran he was the one to discover that Rhaegar and Lyanna's marriage was official, thus making Jon a legitimate Targaryen son and not a bastard, by reading Rhaegar's private journals during his studies. But as viewers well know, it was actually Sam's wife Gilly that discovered that bombshell. A couple episodes back, we saw Gilly find the important detail that Rhaegar had his marriage to Elia Martell annulled before marrying Lyanna Stark in secret. Sam even rudely interrupted Gilly while she was trying to tell him this important info, but apparently, he did hear her and took the news to Bran, who was able to use his premonitions to confirm Jon Snow's prestigious parentage.

Although the official confirmation of the R+L=J theory was a treat for fans, the moment was somewhat soured by Sam's insistence on taking credit for the information that Gilly actually found. Here are some of the best reactions to the moment:

Hopefully, Gilly will finally get the recognition she deserves in Season 8.