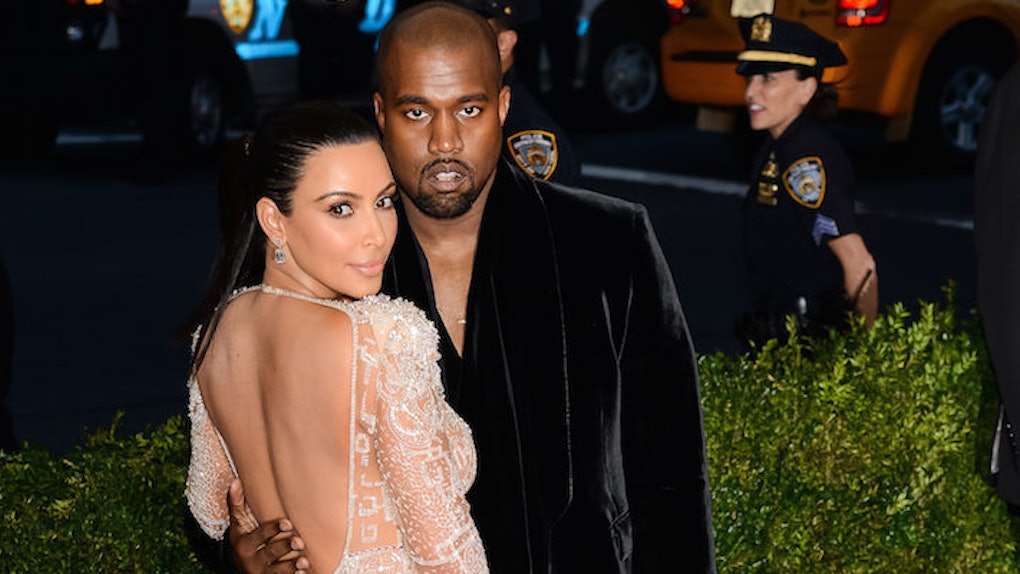 Saint has so many amazing designer pieces already!!! Many of them are inspired by his dad, so I think it's appropriate to share them with you guys during The Week in Kanye! These are some of my faves.

On chilly days, or when traveling back in time to serve as a pilot in the second World War, Saint rocks this custom Ralph Lauren jacket.

Family pals, the Ridingers, snagged baby Saint a chain from XIV Karats -- just in case he finds himself in the middle of a Vegas club this weekend with no way to pay for the 12 rounds of bottle service he already ordered.

No cool-ass baby's wardrobe would be complete without a teeny, tiny pair of Yeezy's. They're perfect for stuntin' on those babies wearing knit socks in their strollers like complete animals.

This baby has everything you'll never have. Just accept it and move on.