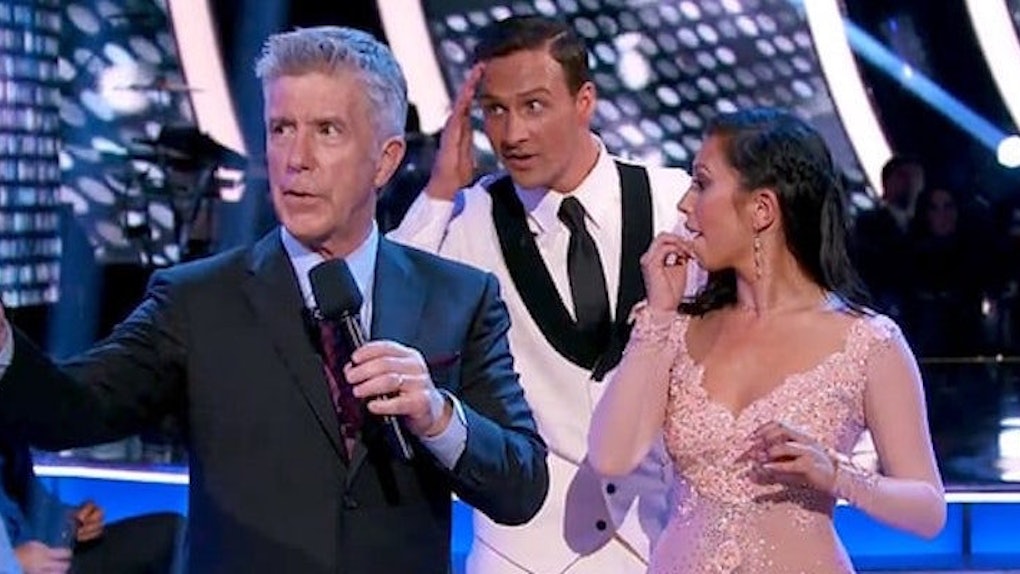 Ryan Lochte had a rough night, and we can't help but feel for him.

He tried something new, did a little dancin' and apparently some folks were not ready for his new moves.

The Olympic medalist felt the backlash from his prior actions after protestors stormed the stage on the "Dancing with the Stars" premiere following his and Cheryl Burke's performance, and it's breaking his heart.

UGH. Ryan, it's breaking ours, too.

Although both contestants were in total shock after the "DWTS" debacle, Lochte felt as if someone "ripped [his] heart out," and talked to E! News about his reaction to off-screen moments.

When asked about what happened, he said,

It's hard. I'm getting over it, though. It honestly feels like someone reached inside, took out my heart and just stepped on it.

He then commented on his moment of redemption, which was brought to him by Burke. He said,

It was really hard, but I turned to Cheryl and she looked at me and smiled and said, 'You just danced in front of millions.' I was like, 'Oh my God, you're right -- I did.'

Hang in there, Lochte. There's always light at the end of the tunnel.

Everyone makes mistakes, but when you're an Olympic medalist, it might be a little harder to move past them without being reminded of your actions.

We do admire your attempt to keep moving in a positive direction, and with rhythm, nonetheless.

Citations: Ryan Lochte Talks Dancing With the Stars Ambush: It Felt Like Someone Ripped My Heart Out (E! News)