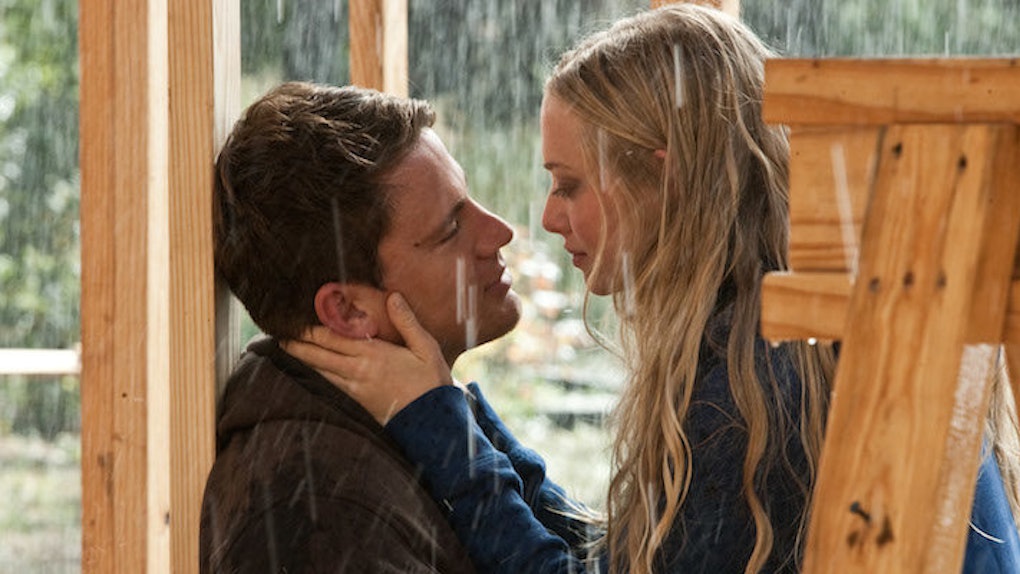 10 Romantic Comedies That Perfectly Capture The Stages Of Your Relationship

It’s a Saturday night, and you find yourself cozied up with a bottle of pink moscato and an oversized bag of buttery popcorn.

You can’t help but ponder over your most recent, romantic love interest and wish that someone (or something) could help you cope with your mood.

Look no further than the romantic comedies on the big screen in front of you.

No matter what you’re feeling in the essence of love and romance, there’s a hot rom-com (and a hotter actor) to make you feel totally, completely and undeniably understood.

Here are a few favorite rom-coms to watch when…

1. You don’t understand why you haven’t heard from him since the last date.

Texts: zero. Phone calls: zip. Instagram likes: not even one.

In the words of Justin Long,

Watch: "He’s Just Not That Into You."

You’ve met every guy in your zip code, including the mailman, the plumber, the guy across the street and your landlord.

Overall, no one meets your standards.

You’re open to changing your surroundings and moving halfway across the world because who knows?

Jude Law could come knocking on your door one night, too.

3. Your most recent Tinder, Bumble or Hinge date won’t leave you alone.

TBH, can you just stop?

4. You’re in love with someone who’s already married.

You feel like you’ve found the man of your dreams, but he’s already tied the knot with someone else.

For some reason, you’re immeasurably inclined to the possibility of borrowing him for a night or for a lifetime.

After all, Kate Hudson has nothing on you, anyway.

5. You're the only one of your friends who's single.

I’ve got 99 problems, and they’re all photos of me not in a wedding dress.

6. You believe your casual hookup has the potential of transforming into your future husband.

You’re 99.9 percent sure he’s "the one," and the casual “Let’s hook up when we’re drunk or bored” act has the impending possibility of turning into the “Let’s walk down the aisle when we’re sober and in love” reality.

Even if he’s not Justin Timberlake choreographing a flash mob in Grand Central Station for you, it’s not a bad thing to fall in love with your FWB.

7. You’re on the verge of asking him to commit.

So, where is this going?

Just know that even Zac Efron had trouble answering this one.

You’re counting down the days until you get to see him again.

You hate (and don’t understand) the statement, “Distance makes the heart grow fonder.”

Really, the only thing to make the situation better right now is Channing Tatum shirtless.

There are lipstick stained suits, deleted text messages and random vacations to the Bahamas.

Watch: "The Other Woman."

10. You need renewed hope that true love still exists in the world.

Basically, you need to believe the man who will say, “If you’re a bird, I’m a bird” still exists in the world, and maybe (just maybe) he’s Ryan Gosling, too.