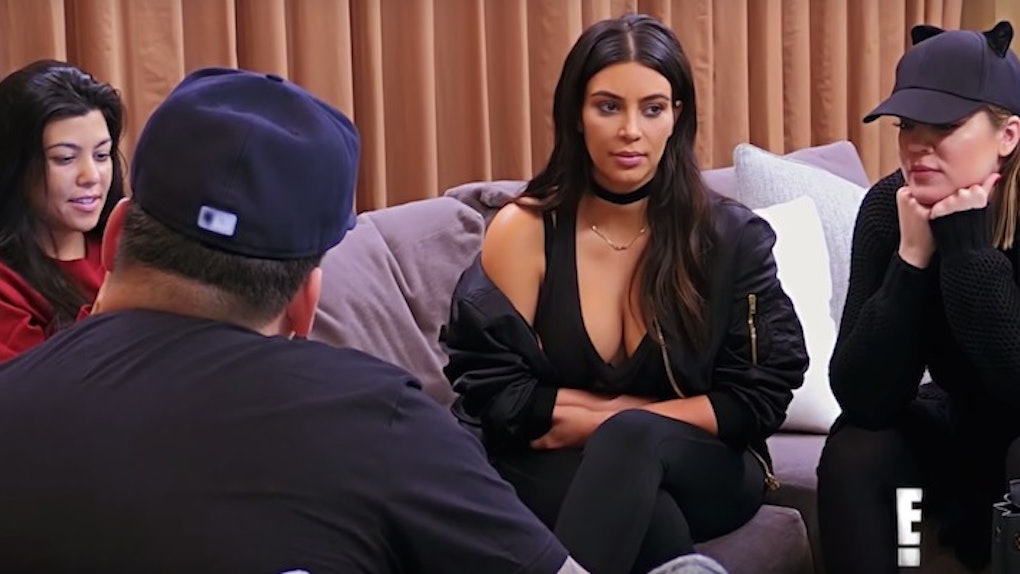 You will NEVER witness a tenser “Congrats on your engagement!!” conversation in your life.

If you follow the Kardashians, you know this week's "KUWTK" episode is going to be insane. It's an event that's been building up for the past year and, frankly, may be the closest reality TV will ever come to a “Red Wedding” episode.

I'm talking about Kim, Khloé and Kourtney approaching Rob about how he didn't tell them about his engagement to Blac Chyna.

This is the kind of stuff TV IS MADE FOR. For a guy who is essentially the show's resident hermit, Rob certainly knows how to effing BRING the drama. Add on the fact Tyga and Kylie are probably back together, and shit's about to get real.

E! released a preview of the episode and it's as tense as you'd imagine, but also features one massive cliffhanger as the clip ends with Rob saying,

And then there's one more thing I have to talk to you guys about, but I don't want you guys to get mad.

Is this the episode where Rob ALSO tells the family about Blac Chyna's pregnancy?!?!?!? I sure hope so.

Citations: See How Rob Kardashian Told Kim Khloe Kourtney About His Engagement to Blac Chyna And Then Theres One More Thing (E!)