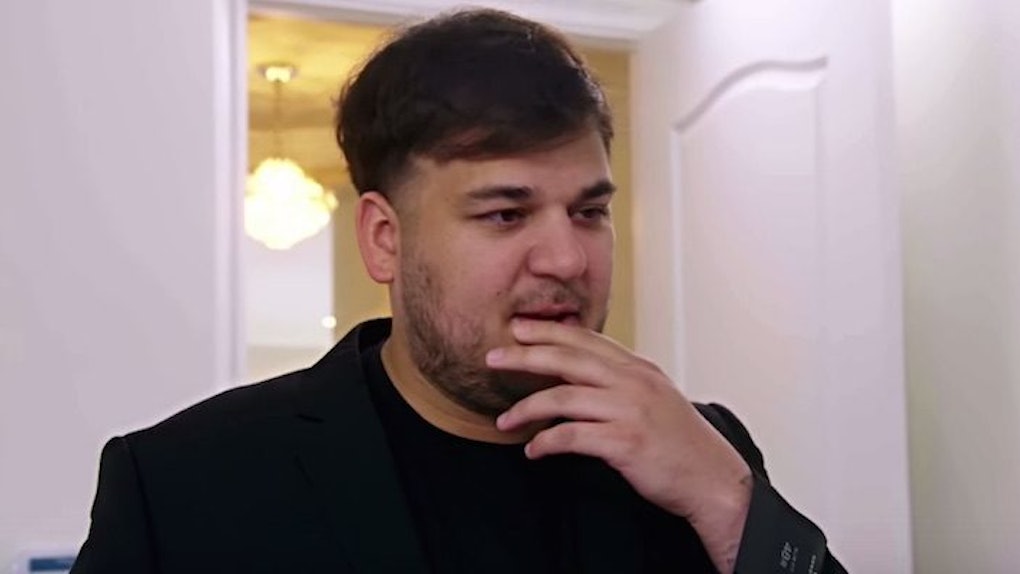 Guys, why are we forcing Rob Kardashian back on television?

He's a human being with feelings and insecurities and we're treating him like he's GD Punxsutawney Phil.

We may never stop treating that little groundhog as though he exists merely to confront his fears for a national audience who could care less if he made it through the remaining 332 days of 2016, but we can do better by Rob.

We can start by not making the 29-year-old, who we know has struggled with his weight for years, try on pants on reality television.

Most of us can't try on pants in a dressing room alone without crying and yet there's Rob, as seen in a preview for Sunday's episode of “Rob & Chyna,” drowning in the frustration and futility of maintaining one's self-esteem while squeezing into a denim prison for all of America to see.

As a stylist tries to dress Rob for the Cannes Film Festival, he refuses to wear a suit and can't find a pair of jeans in which he feels comfortable being photographed.

Even when I was in the best shape of my entire life, I still had, like, an insecurity with my weight. On top of that, there's paparazzi people [who] follow me and get pictures of me and that shuts me down… I'm not comfortable in my skin, I'm not comfortable with this weight, so I feel like I'm not happy with anything I do right now.

ROB! Ugh, come here. You too, Punxsutawney Phil. Let me hold you both and protect you. You never have to leave the house/winter burrow again if you don't feel truly ready.