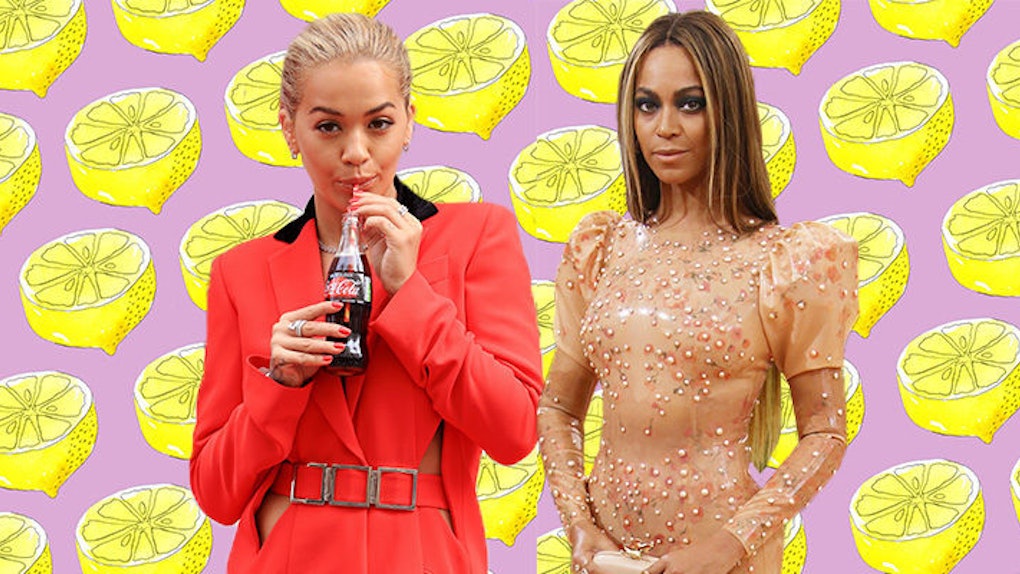 Remember when Beyoncé released "Lemonade" and we all got stuck on the whole "Becky with the good hair" line from "Sorry"?  Then, we began pointing fingers at who Queen Bey might have been referring to...

Out of all the names that flew around during the speculation, Rita Ora's was one of the very first to surface amid controversy following the "Lemonade" release.

As a result, Ora has denied claims she is "Becky" time and time again.

In addition to past rumors swirling regarding an affair between Jay Z and Ora, the 25-year-old singer also took Jay Z's record label Roc Nation to court over a dispute regarding her music releases.

According to Entertainment Tonight, Ora and the label reached a settlement back in May.

Despite the lawsuit, the rumors and the fact that Beyoncé never actually revealed who this girl with the "good hair" is, Rita Ora just wants everyone to know that, in reality, she wholeheartedly appreciates Jay Z and Beyoncé.

That's exactly what she did in a new interview with Cosmopolitan UK.

I'm still happy I've had this incredible experience. I'll never not appreciate the experience I had with them and the things I've seen.

I'll admit, it seems like Ora has dealt with a multitude of issues throughout her career -- but she's staying positive and giving credit where credit is due.

Jay is one of my idols and Beyoncé is obviously the queen of life. I look up to them a lot.

Jay Z and Beyoncé aren't the only names flying around when it comes to Rita Ora's ever-changing love life.

She opened up to the magazine about her thoughts regarding Taylor Swift breaking up with her ex-boyfriend Calvin Harris, simply saying,

I hate being defined in relationships.

So, what's next for Rita Ora following the endless drama that comes with being talented and famous?

The singer is set to replace Tyra Banks as the host of "America's Next Top Model" on VH1 this fall.