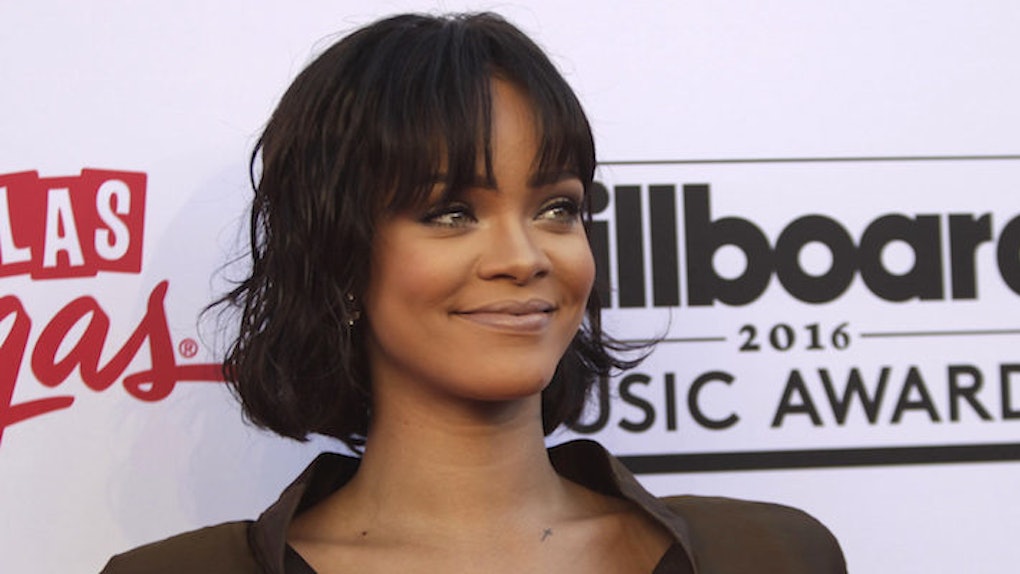 Just in case you might have forgotten what a goddess Queen RiRi is, the ultra-famous pop star recently gave the sweetest thing to her fans -- FREE PIZZA.

After finding out an adoring crowd was waiting in the rain to get into her show in Manchester on Wednesday, Rihanna ordered a ton of pies from a local pizza joint to keep them fed and happy. Mind you, these weren't some shitty cheese pizzas from a major chain. These were gourmet pizza pies topped with pepperoni and pineapple and ham.

Her fans were more than grateful for the kind gesture as you can probably tell from their Twitter reactions.

Like this guy who tweets in the third person...

Or these people who were not only grateful for the pepperoni but also for some free towels.

The free pizza queen also got some love from a fan on Instagram.

Is Rihanna the best or what? If waiting in the rain for one of her shows means getting that all-star treatment, then sign me up.

Citations: Queen Rihanna Ordered Pizza For Her Fans Who Were Waiting In The Rain For Her Show (BuzzFeed)