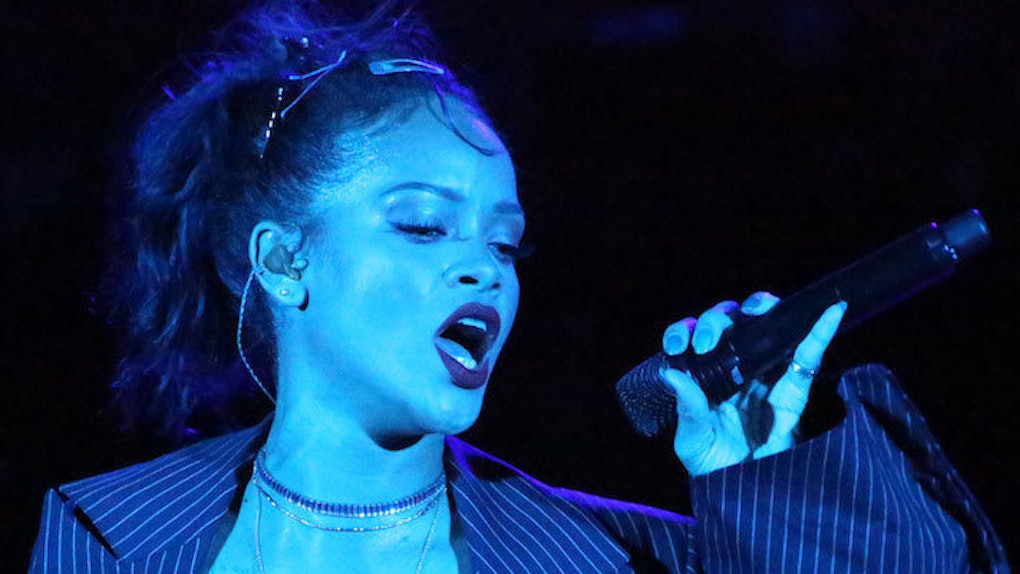 During her concert Tuesday night in Dublin, Rihanna started crying right as she began to sing "Love the Way You Lie."

She was 30 minutes late to the stage that night, but no one's sure what happened to get Rih in such an emotional place.

If you watch the videos fans took of her choking up, it seems like maybe the 28-year-old singer was affected by the audience singing along to her lyrics with her.

After the concert, Rihanna posted her own Instagram video of a different point in the night, writing in the caption it was a very "emotional show." She did not elaborate on why, however.

Later that night, Rihanna met up with UFC champion Conor McGregor backstage and thanked him for his "kind words."

He was probably just complimenting her performance, but I'd like to think RiRi had a heart to heart with a UFC fighter about what was on her mind that day.

Fans who were at the concert on Tuesday night were a little concerned for Rihanna's well-being, but they picked up the slack and sang the lyrics she was too choked up to get out.

This video of Rihanna crying while performing 'Love The Way You Lie' is so touching. We hope she's ok! pic.twitter.com/8VIO1twkz6 — Shady Music Facts (@TheShadyFacts) June 22, 2016

Citations: 'Why is she crying?' Fans flock to social media as emotional Rihanna sparks concern by breaking down onstage in Dublin after arriving 30 minutes late (Daily Mail)