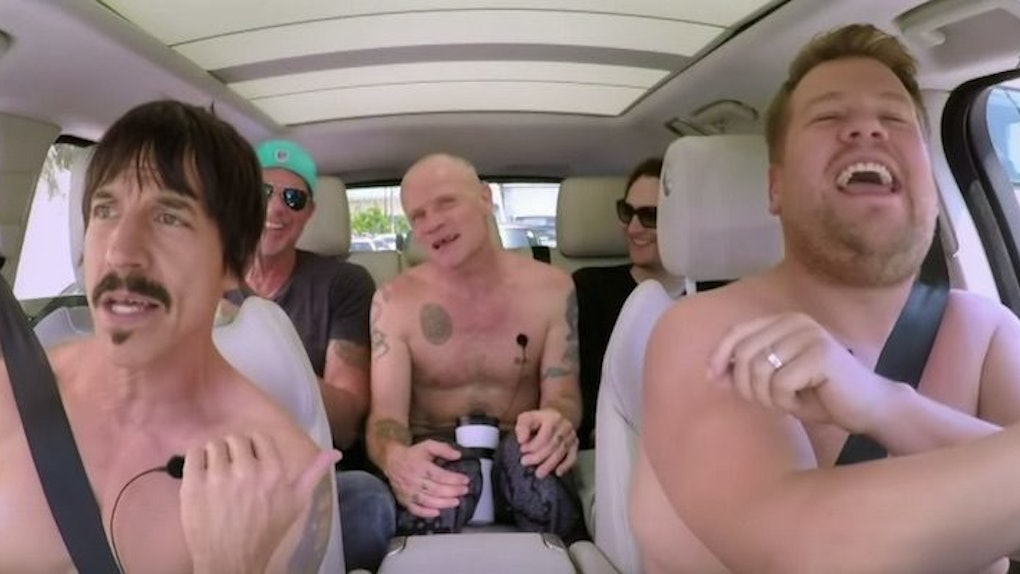 We played a festival in Holland many years ago and, out in the crowd, I saw two guys having a fight with their prosthetic legs. One had a shoe on and the other one didn't.

The Red Hot Chili Peppers have lived a long, full, rich LIFE, y'all, and every last moment of it has led to the most bizarre installment of James Corden's “Carpool Karaoke.”

The esteemed rock quartet, aka Anthony Kiedis, Flea, Chad Smith and Josh Klinghoffer, made an appearance on the famous "Late Late Show" segment, and the ride is far from Corden's routine celebrity charm cruise.

There's wrestling. There's partial nudity. There's Kiedis' description of his sexual awakening at 12 years old thanks to his then-babysitter, Cher.

These guys freaking deliver, which is astounding considering everyone they came up with in the LA scene is either dead or Johnny Depp.

If you're not a fan of RHCP, either because you hate summertime or some douchey bro ruined their music for you in the past, tune in for shirtless James Corden and have a sexual awakening of your own.