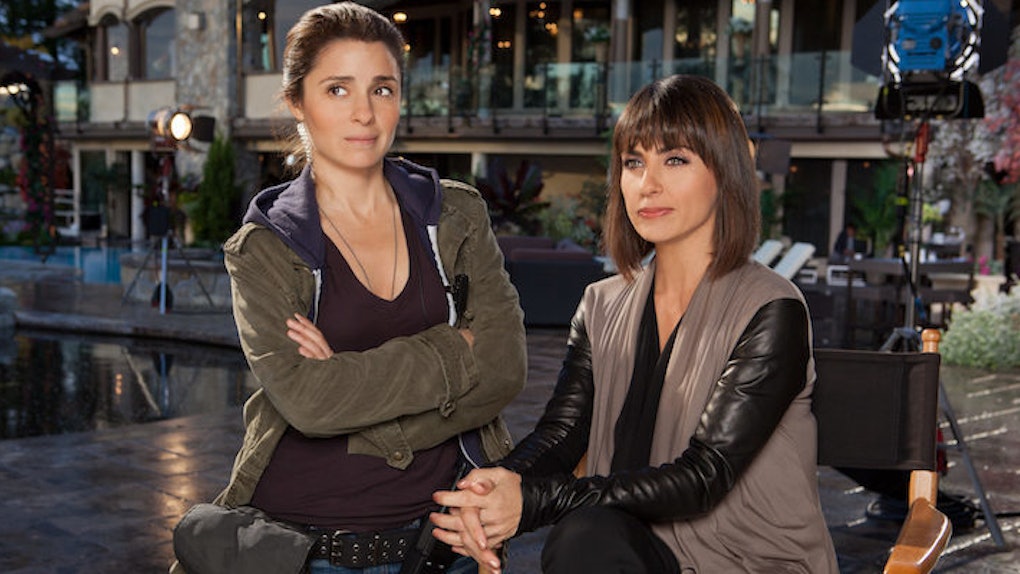 Which Character From 'UnREAL' Best Matches Your Personality?

Rachel, Quinn and the rest of the "UnREAL" crew are all back tonight, June 6, for the season 2 premiere on Lifetime, and you KNOW crazy sh*t is about to go down.

If you're unfamiliar with the show, well, then it's a little weird you clicked on this quiz to figure out which character from the show you're most like.

But I understand some of you are personality quiz junkies, and far be it for me to stop anyone from getting into this incredible TV show. So here's a quick rundown.

Basically, Rachel Goldberg is nice, educated Jewish girl who is forced to return to her job as a producer on a reality TV series, "Everlasting," which is pretty much the same thing as "The Bachelor." Turns out, the producers of that show do some seriously messed up things in order to manipulate contestants into creating good television.

I don't want to spoil anything, so I'll just say you'll never watch an episode of "The Bachelor" the same way after seeing this show.

Still, even if most of the characters on the show are sociopathic, manipulative jerks, that doesn't mean we don't all have things in common with them!

So take this lovely quiz and find out if you're more a Rachel or a Quinn... or, God forbid, a Chet.

And tune in to Lifetime tonight at 10 pm EST for the season 2 premiere.