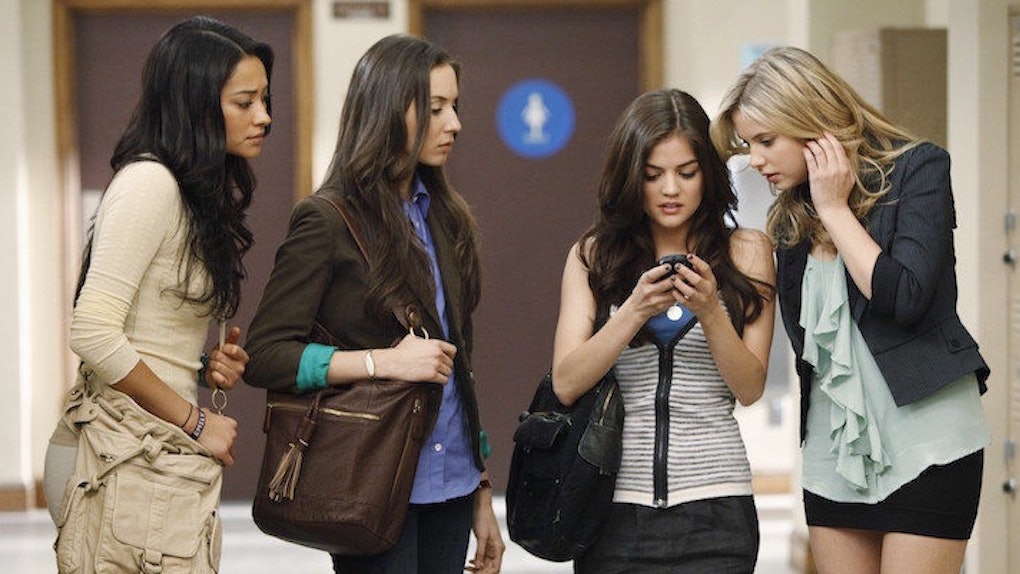 In what was one of the most anticipated episodes in television over the last six months, "Pretty Little Liars" returned last week to Freeform (ABC Family's new name).

It wasn't just another mid-season premiere for Rosewood fans.

It was the first episode after the reveal of big "A" from over the summer, plus it gave us a substantial time jump of five years into the future.

In the five years since Cece was placed back in an institution, and the girls have gone their separate ways, the Liars have all had various successes.

Spencer is in DC helping on Capitol Hill, Hanna is in New York working for a major fashion line, Aria is in Boston working for a publisher and Emily is, well, going with the flow.

However, true to form, the girls come back with a new cache of secrets.

Clearly, the ladies have not learned from their previous experiences.

It makes you wonder if they ever looked back on the years of torture from Mona and even more intense anguish from Cece and thought, “Well, now I know what not to do.”

Apart from a very serious lesson in patience over five and a half seasons, we fans have also learned many valuable lessons from the series.

Here are five tips to remember in the event that you're being stalked by a hooded psychopath or just basic lessons in life to remain safe:

(Aria, Spencer, Hanna and Emily? I hope you're listening.)

1. Use the buddy system.

Throughout the series, one of the most common complaints that fans scream about across social media is one of the most basic lessons the girls have forgotten: Use the buddy system.

How many times would they have been out of harm's way had they just utilized this system?

The girls have taught us that if you are ever in a cold, dark or unfamiliar place, never go with the idea to split up until you know if it's completely safe.

Seriously, it's never ended well for them.

If you are living alone or in a new neighborhood that you don't feel safe in yet, your best bet is to get a canine companion with a good bark.

How many times did Mona and Cece break into the girls' homes and write threatening messages on mirrors, steal their journals, place notes on their dressers and try to kill their families?

All of these instances would have totally been avoided if the girls had a dog.

One bark session and A would have ran the other way.

How did the girls never figure that one out?

Honestly, this one should be a no brainer, but it seems the lovely ladies of Rosewood never heed this advice.

If someone seems extra sketchy or a situation seems off, they should avoid it altogether.

If there's an antique toy shop with extra creepy dolls in the window in Ravenswood, walk away.

If you see a door in a cemetery in Ravenswood, don't walk through it. Better yet, just avoid the hair-raising town of Ravenswood altogether.

Never follow a text from a number asking you to meet them somewhere if you don't know the number.

Avoid meeting someone who says he or she has information if you're not going to employ the buddy system.

Don't just walk into a room full of mannequins hanging from the ceiling ominously, like Hanna did.

4. Secrets are not your friend.

If you have a deep secret, it's best to come out with it as soon as you possibly can.

Giving a bully leverage is not ideal. It's better to spill your secret as soon as possible.

Or better yet, just don't do things that will end up becoming giant secrets.

This seems obvious, but even after years of torture, the ladies of Rosewood proved in last week's premiere that this is a lesson they still haven't learned.

I mean, what's going on between Spencer and Caleb that no one is telling us?

Why is Hanna sketchy about her fiancé?

What's with Emily becoming a one woman walking pharmacy?

Stop lying to everyone and just be honest.

Honestly, this is a no brainer. No further explanation needed when you have a sociopath hellbent on your demise trailing your every move.

Go to the cops!

It makes it a lot harder for them to pin something (like Charlotte's fate) on you.

If you're ever in a sticky situation, never think, “What would Hanna Marin do?”

If you automatically do the opposite of that, you'll get ahead of a problem.

Sure, there are plenty of lessons you can gain from television, but if we've learned anything from our beloved "Pretty Little Liars" it's that trouble can lurk around any corner, no matter how far removed you think you are from it.

If last week's premiere was any indication of what the future holds for our lovely ladies, they'll need to remember some of these lessons.

We'll have to tune in and see if what's happened to them in the past can help them survive the darkness coming their way once again.