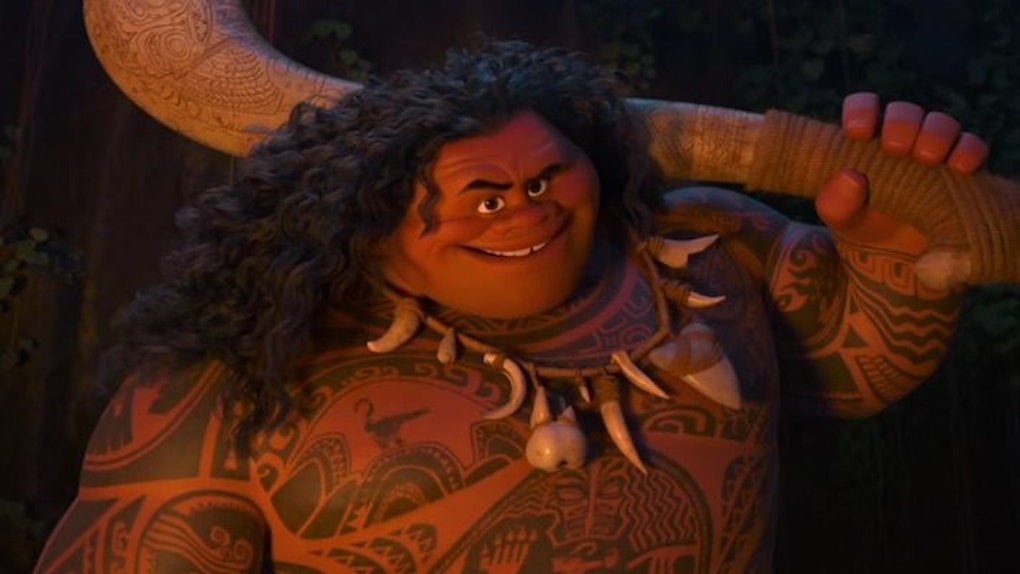 Several Polynesian activists, politicians and artists are speaking out against The Rock's character, Maui, in the upcoming Disney film "Moana."

The film centers on Disney's first Polynesian princess, Moana, and her friendship with the fallen demigod Maui, voiced by Dwayne "The Rock" Johnson.

Maui the demigod has been a legendary figure in Polynesian culture for centuries. He is a half-human, half-god entity. The most common Hawaiian myth depicts Maui as a mischievous hero who brought fire to the humans and created the Hawaiian Islands.

With this context in mind, some Polynesian people feel the Disney version of him is disrespectful to Maui's cultural history.

The main concern? The cartoon Maui is physically obese, perpetuating a harmful stereotype Americans have of Polynesian people.

Prominent Polynesian figures such as Samoan rugby player Eliota Fuimaono-Sapolu and New Zealand parliament member Jenny Salesa took to Facebook to express their frustration toward what they consider an offensive caricature of their culture.

When we look at photos of Polynesian men & women from the last 100-200 years, most of our people were not overweight and this negative stereotype of Maui is just not acceptable -- No thanks to Disney.

However, others feel Maui's large physical build is not a negative thing but rather a representation of his strength and power.

New Zealand artist Michel Mulipola defended his depiction of the demigod and shared his original designs for the character on Twitter earlier this week.

The film itself was written by a Polynesian screenwriter and features a Polynesian composer (in addition to "Hamilton's" Lin-Manuel Miranda) and several Polynesian voice actors.

This includes The Rock, who is of Samoan descent on his mother's side.

"Moana" is expected to open in theaters everywhere November 23, 2016.

Citations: Is Disney's portrayal of Maui, a Polynesian demigod, in 'Moana' culturally insensitive? (The Washington Post)