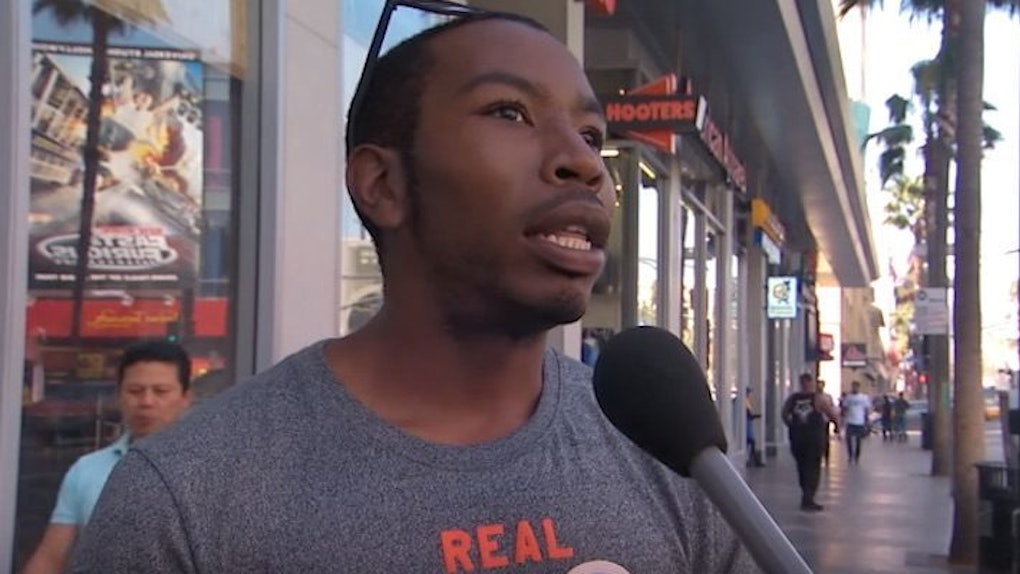 Californians Lie About Voting In The Primaries That Haven't Happened Yet

On Super Tuesday, the folks at "Jimmy Kimmel Live!" took to the streets of LA to ask Californians if they voted in the state's presidential primaries.

The hilarious segment of “Lie Witness News” reveals the (shameless) lengths people will go in order to appear informed or involved.

They didn't simply lie about voting; most of the people interviewed went into great detail about their (imaginary) experiences at the polls in an apparent attempt to solidify their fabricated stories. Awkward.

Hopefully, getting called out on national TV gives these folks the motivation they need to actually vote when the time comes.

Except for the Trump supporters. They can stay home.