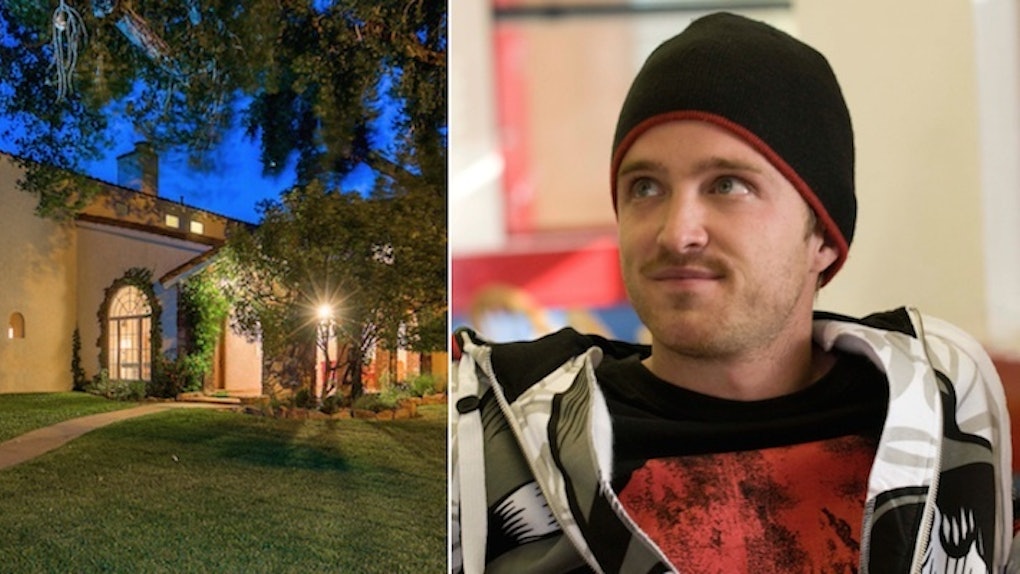 Jesse Pinkman's house from “Breaking Bad” went on the market this week, giving any superfan the chance to make the famous digs his or her own.

On Tuesday, the heavenly angels of real estate shone down on "Breaking Bad" fanatics hoping to secure their own (huge) piece of "BB" memorabilia when the house became listed for $1.6 million.

For anyone with that much money to burn, the 3,500-square-foot property seems like a decent investment with its picturesque arched stone doorways and rustic fireplaces.

Brokers Susan C. Feil and Alicia Feil Peterson, the mother-daughter duo tasked with finding a new owner for the home of TV drama fame, are confident the house's exposure will aid in its sale.

In an interview with TODAY.com, Peterson said,

The owners contacted us because we have a reputation for doing real estate in Albuquerque and marking unique properties. They thought that this was definitely going to be a unique opportunity that would appeal to a variety of buyers, not just in our market, but globally.

Those worried that Jesse Pinkman's house isn't their style can bid for Gretchen and Elliott Schwartz's home from the series finale, but they'll have to adjust their budgets.

The Schwartz house is currently listed at $2.65 million.

Anyone looking to peruse this niche market can head to BreakingBadHouse.com to weigh the options, but superfans, be warned: According to Coldwell Banker's press release, these homes are meth lab-free.

Citations: Jesse Pinkman's Breaking Bad house could be yours for 16 million (Today )