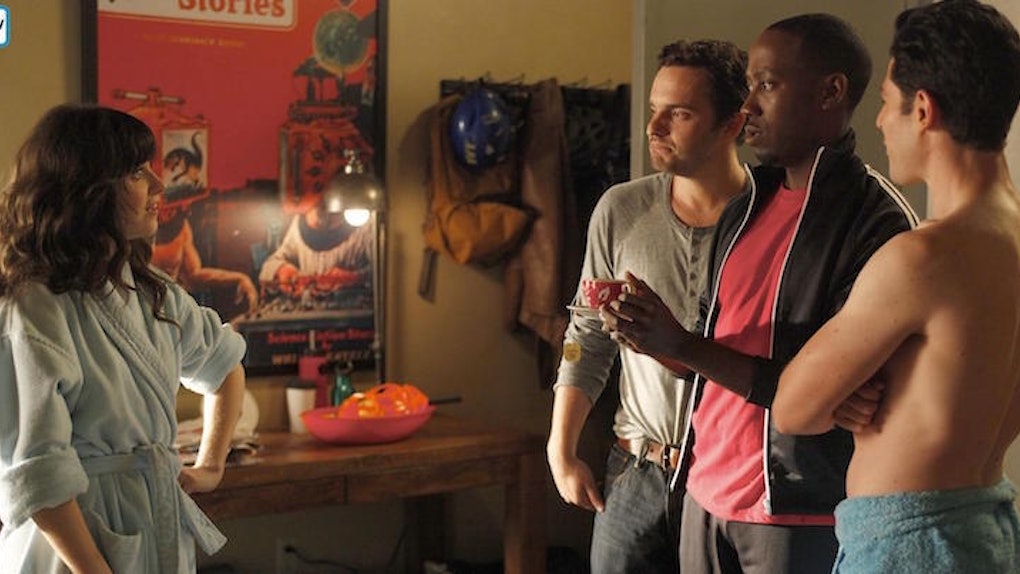 If I hear the term "girl squad" one more time, I'm going to puke my brains out.

I apologize for that visual, but you have to admit the term has been greatly overused. Ever since Taylor Swift started befriending powerful women in the entertainment industry, the world became OBSESSED with female friendships.

Girls are great, don't get me wrong. But, being best friends with guys is a whole new territory. There's something so awesome about spending your time with a solid group of guys who have your back no matter what.

Things get especially interesting when you're the only woman in your friend group. You're constantly surrounded by MEN all the time, and sometimes, sh*t gets weird.

You're basically the go-to girl for a group of guys who are still struggling to figure out the female mind. Here are 28 things that happen when you're that girl.

1. You can never bring up your period. Ever.

3. They make fun of whomever you're dating, no matter who he is.

4. The women they date are instantly jealous of you. All of them.

5. To be honest, they probably don't like you one bit.

6. Your boys are weirdly protective of you, so everyone knows not to mess.

8. You realize guys are chill about everything until you f*ck with the one thing they care about. Then, they blow up in your face, and it is NOT pretty.

9. Sometimes, you're basically their mother and need to make the rational decisions.

10. You also learn to have thick skin. If you try to complain, they make you toughen up.

11. They let you wear their comfy clothes -- but only so you can wash them.

12. You constantly help them out with dating advice or give them insights into how the female mind and body work.

14. Hygiene doesn't matter around them.

15. And you become way too open with your bodily functions.

16. They give you tough love when you're hurting.

17. But, you only have a three-minute window to talk about your feelings before they lose interest completely.

21. You even walk in on them a few times doing sh*t you would never want to see.

22. They accidentally cop feels, and it's more awkward for them than you.

23. They're blunt AF and give you honest feedback, even when you don't ask for it.

24. You feel less guilty about what you eat because they'll always eat more than you.

25. You can be stupid with them and make dumb decisions that result in hilarious stories.

26. Sometimes, your lady habits freak them out because they often forget you're actually a woman.

27. And when that happens, you have no idea if you're even attractive to the opposite sex.

28. Either way, you can be your gross, disgusting self and know they will never judge you.

It's safe to say you're just one of the guys...

...and you wouldn't have it any other way.