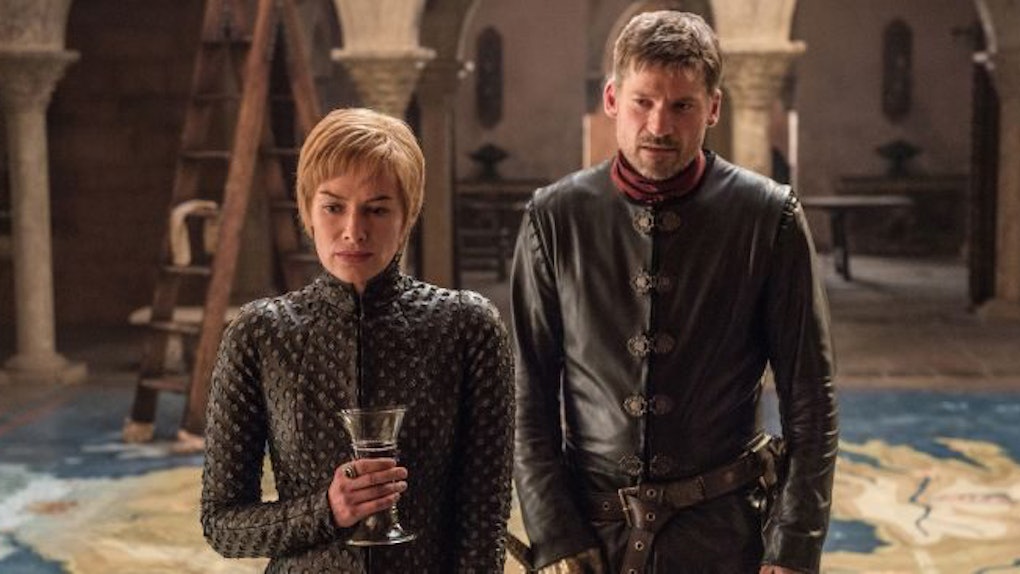 This post contains spoilers from Game Of Thrones Season 7, Episode 3. If there's one thing Game of Thrones is known for, it's the old bait and switch. Ned Stark is the main character and the hero of the show... until he's suddenly beheaded out of nowhere. Jaime Lannister is a cruel evil villain who chucks children out of windows... until he's revealed to be the sensitive soul with poor life choices. Game of Thrones Season 7 episode 3 is going to have a major battle where the Lannister and the Targaryen forces clash, until it turns out those are actually two different battles. The Targaryen forces are trapped in Casterly Rock while the Lannisters take down Highgarden and we watched Olenna Tyrell's death scene.

We've already seen what happens when Euron takes down one of Cersei's desired targets. He puts them in chains, he marches them up to the gates of King's Landing, and he parades them through the streets. Thankfully, Euron's not here. (He's off burning Dany's fleet again at Casterly Rock.) The last thing I think any of us want to see is Olenna Tyrell suffer such a humiliating fate, after the way she's played the game all these years. Jaime Lannister wouldn't stoop to Euron's level just to compete for Cersei's affections, would he?

Blessedly, no. Jaime does the noble thing, despite Olenna's horror at realizing he really does love Cersei. He offers Olenna a merciful death: suicide.

Perhaps he might not have been so quick to hand her mercy, had he known a few minutes earlier what she told him right after she drank. And boy howdy, did she drink that down. She wanted there to be no chance she wouldn't die after telling Jaime the truth about Joffrey's death.

But then again, as Olenna herself admitted tonight, that's how she works. She wanted there to be no chance Joffrey wouldn't die after she poisoned him either. That's why his death was so dramatic. Anything less, and the kid could have lived, married to her granddaughter. Unacceptable.

Olenna died as she lived, giving the best advice she could to those who would be left to play the game without her. To Dany, it was "be a dragon." To Jaime, it was about Cersei: "She's a disease and I regret my role in spreading it. You will too."

Let's hope that both Dany and Jaime take these words to heart now that she's gone.

All hail the passing of Olenna Tyrell, greatest player of the game, who took her own life tonight on Game of Thrones. House Tyrell is no more.