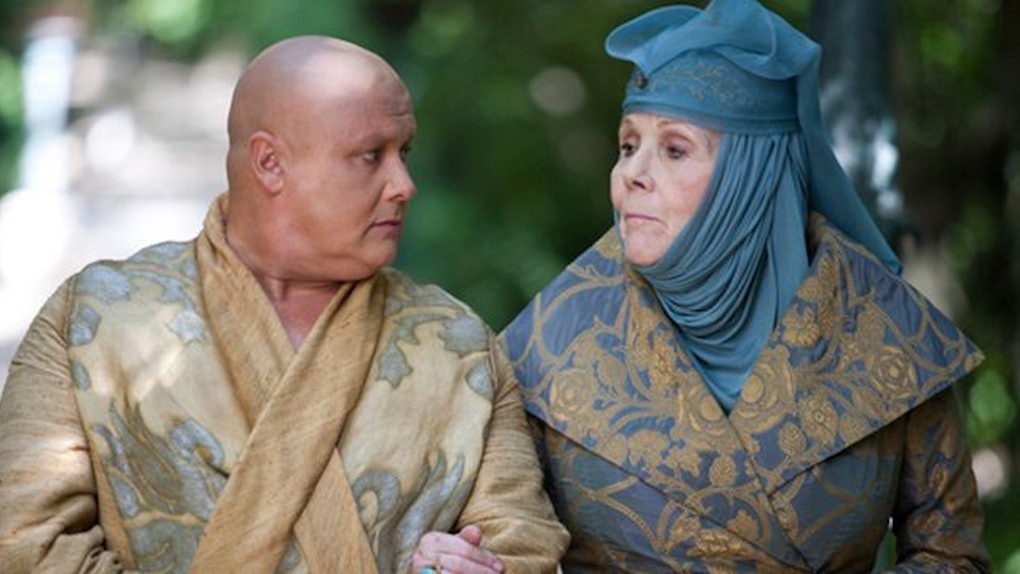 All hail Olenna Tyrell, the baddest player in the Game of Thrones. Olenna Tyrell was the widow of the late Lord Luthor Tyrell and the mother of the also late Mace Tyrell, who was once Lord of Highgarden. A woman in her 60s, she was the oldest living player of the great Game of Houses, and one of the longest to do so, having started when she was barely a teenager, in order never to be married to a mad Targaryen. She passed from this plane this week. Here, as tribute are the best Olenna Tyrell moments on Game Of Thrones.

Before we dive in, a quick note of Olenna's history prior to her arrival in Season 3. As we said above, she was originally engaged to marry Prince Daeron Targaryen, who she might have called "a sword swallower through and through." Rather than accept it, she seduced her sister's betrothed, the heir to House Tyrell, where she reigned for five decades, giving birth to stodgily dull heir Mace, and helping to raise his far more clever granddaughter, Margaery, who used everything her grandmother taught her to become Queen of the Realm.

Season 3: The Queen of Thorns

This would have been the beginning of a beautiful friendship had Littlefinger not interrupted.

The moment Tyrion was defeated by the simple statement: "What good is the word 'extravagant' if it can't be used to describe a royal wedding?"

Now here's an adversary worthy of Olenna's time and attention, no?

Even if she had the Sansa pawn pulled out from under her, Olenna always got the last word.

Ladies and gentlemen, the moment Olenna Tyrell brought down the entirety of House Lannister by the removal of one supporting player.

And with that, Margaery was on her own.

Sadly, Margaery mucked everything up, so Olenna had to return and face the only player she would never defeat.

Season 5: Olenna vs. The High Sparrow

Another moment where Olenna found herself facing an adversary worthy of her time and attention.

Season 6: On the High Council

One she even was willing to team up with Cersei to defeat.

But Margaery turned out to be a self-rescuing princess. And she warned Olenna the only way to be sure she lived was to get out of King's Landing immediately.

Too bad both she and Margaery underestimated Cersei so badly.

Season 7: Be a Dragon

Even in her final moments, Olenna always wins. "Tell Cersei." She deserves to know.