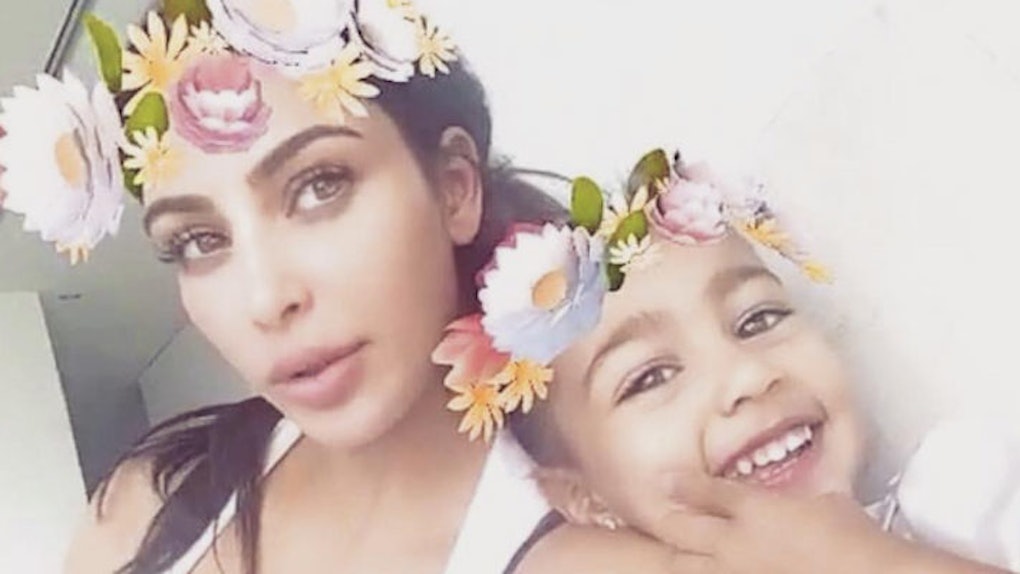 Exactly 365 days ago, Kim Kardashian broke the Internet with her infamous Paper Mag cover. Kim's butt literally took over the world, and no one on this planet could handle it.

It's officially the one year anniversary of the day we got to see Kim's greased-up badonkadonk.

However, Kim isn't the only member of her family who has broken the Internet. I'd like to argue her daughter, North, has broken it way more often than she has.

Don't believe me? Then check out 23 times North West broke the Internet below, and I bet you'll change your mind.

1. Shortly after North was born, this photo was posted and the world was changed forever.

2. Since then, North has constantly reminded us what a blessing she really is. Just look at this face, she's a gift.

3. She makes facial expressions that sum up every mood.

4. She goes on playdates with Ellen DeGeneres...

6. She accidentally posts pictures of skinny Kim on Insta. AKA she's great with technology and should probably go into PR.

7. There was that time she looked like she was in pain while they were "ROAD TRIPPIN'" and it was everything.

8. And that time she rocked a jean jacket and shades like nobody's business.

9. Even her Baby Yeezus booties broke the Internet. Look at these little things, aren't they precious?

10. Let's talk about when she dressed as a Balmain Ballerina. What a bada$$.

11. When is she not a ballerina? She's honestly just way too cool for all of us.

12. There was that time she played soccer with her little topknot and it was perfect.

13. And when she wanted to leave the house looking like this, but Kim wouldn't let her.

14. But because North owns the world, she got Kim to compromise. You tell her, North.

15. There was the time she looked the wrong way in this family photo.

16. And when she still looked the wrong way in another family photo.

17. Do you remember when she had her face painted as Minnie Mouse, but they put the bow on her forehead?

18. How about when she was super proud of the eggs she found on Easter?

20. Even in this fake photo of her photoshopped with blue eyes.

22. And especially when she mimicked Kanye's expression.

23. Sorry Kim, but North West is the real MVP of the Internet, even if she isn't a fan of selfies.