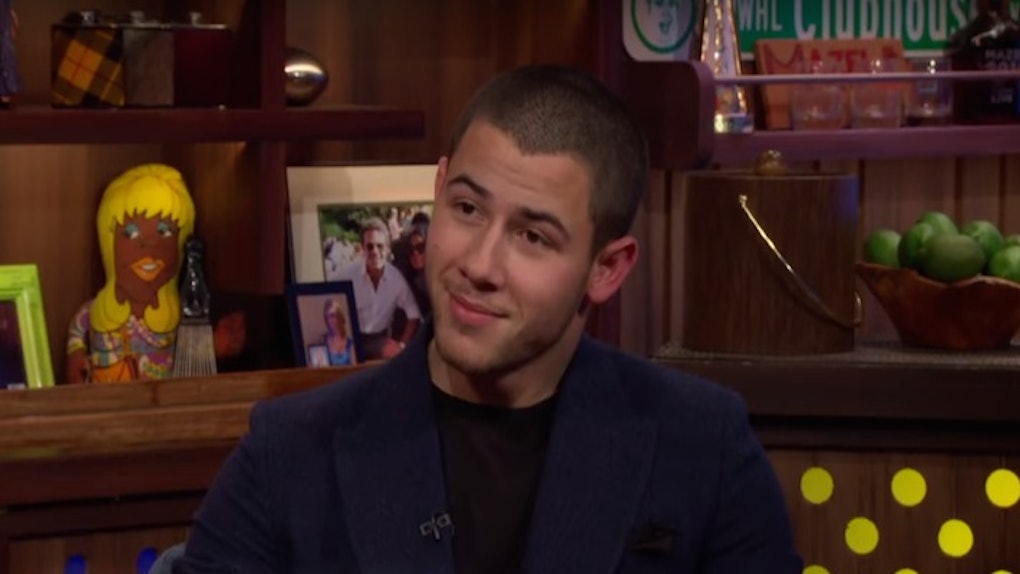 For a guy whose last music video is 35 percent shower fucking, Nick Jonas is a pretty sexually conservative person.

Dead and gone are the years of Jonas Brothers purity rings, promises to God, celibacy pledges and preachy “sex before marriage is cheating on your future wife” messages that underscored their tenure on the Disney Channel.

No, those Jonas Brothers died years ago when the group decided to call it quits and go their separate ways.

Now, the Jonases are in a whole new business: the business of fucking. And let me tell you something. BUSINESS. IS. BOOMING.

(This is all except for Kevin who waited until marriage to do the sex. Respect, Kev-o.)

The years of sexual repression do seem to have left some sort of conservative mark on Nick though, as he revealed to America's best friend and confidant Andy Cohen.

Citations: Nick Jonas Talks Sexual Fetishes on Watch What Happens Live Says Hes OK With Being Spanked I Have a Firm Ass (Us Weekly)